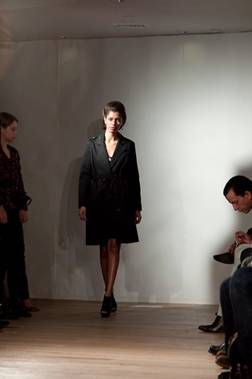 c. marchuska, an eco-friendly and sustainable brand, had their Fall/Winter 2010 show in the Lower East Side, closing the series of The Green Shows last week.

Conceived by Christine Marchuska and Brooke Bresnan and manufactured in New York, the brand has only been around since August 2009 according to their website, and strives to provide eco-conscious clothing that is chic yet affordable to the modern woman.  Both founders formerly worked on Wall Street and share a philanthropic passion for Safe Horizon, the nation’s leading victim assistance organization, donating a portion of their annual proceeds to the organization.  Since inception the brand has had a lot of press and had some celebrities (such as Brad Pitt!) wearing their pieces.  Retailing from around $38 – $190, c. marchuska’s pieces are touted as affordable, available in a variety of colors on their website, and the epitome of understated chic.

I expected quite a lot of the chow because there was an impressive turnout there – the tiny venue at The Green Shows was packed! – standing room was three rows deep (though there was only space for one row to be honest).  There was also a lady (likely a socialite) sitting front row who had brought her tiny, clothed doggy with her to the show – the poor pooch was quite unnerved by the loud music and crush of people and she eventually stuffed him back into her handbag.

Now, on to the clothes… 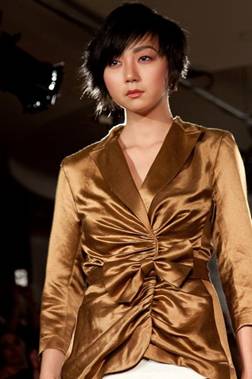 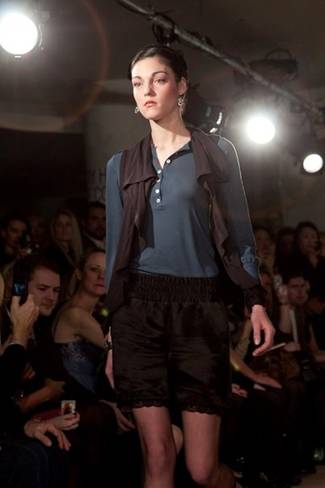 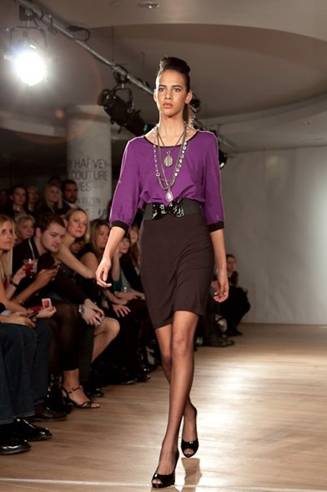 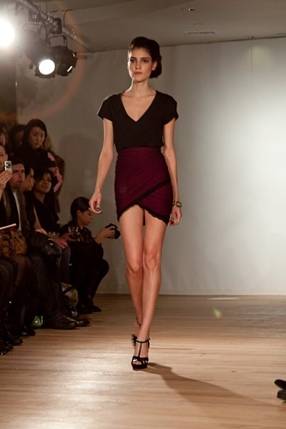 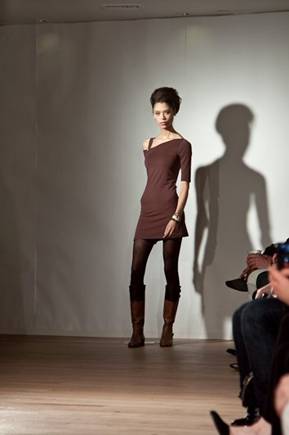 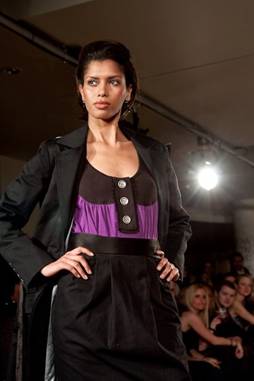 These are just a few pieces from them since I didn’t feel like hunting down the official images of the entire show – I feel this pretty much represents what the show was all about.

Though the clothes were indeed wearable and salable, they felt far more suited to a lookbook circulated among buyers and press rather than a full-blown runway show.  A runway show is about the inspiration, the story, and above all the spectacle – and this brand still felt as if it was developing and struggling to find its own voice.

The “eco-friendly” principle is a great selling point, but unfortunately I feel that these conform to the often negative stereotype of “eco-friendly”…i.e., lots of jersey, loose silhouettes, indistinguishable looks, lack of embellishment, and a somewhat drab and singular color palette.  Sure there were some cute pieces, but I truly feel if they want to grow as a brand they need to create something to distinguish them from the slew of other eco-friendly jersey-using girly-laid-back clothing lines out there…and refine their offerings for a runway show.

What’s your take on these looks?

More info about the brand and photos of their previous collections can be found on their website.  You can buy c. marchuska in select stores around the country and on their site above.