Arrived in NY – After Almost Causing the Plane to Land Early! 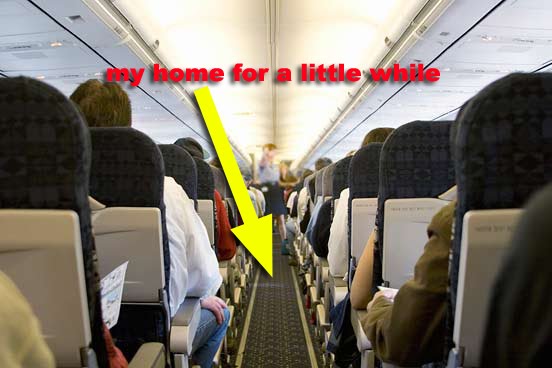 My redeye out of Honolulu to Newark yesterday definitely took the cake in terms of horrible flights.  And it was all of my own doing, ironically.

Friday night I boarded the plane, prepared to sleep the whole 9 and a half hours to Newark.  I put on my brand-new eyemask, got into my sleepsack, put on my U-pillow, and lastly, took 2 Tylenol Simply Sleep sleeping pills, just as it was written on the bottle.  Hub had suggested I take them to sleep the whole flight; as my last trip to New York last year I had taken a dose of Nyquil when I wasn’t sick…and instead of sleeping the whole way ended up jittery and awake the whole way.  Never had Nyquil not work for me before, but after that experience I decided I shouldn’t take medicine if I wasn’t sick, and so Hub recommended Tylenol Simply Sleep, which is what he always takes.  The last time I had taken any sleeping medication of any sort was more than 2 years ago.  But this time I was exhausted from going to the wedding and the long day, and just wanted to sleep. 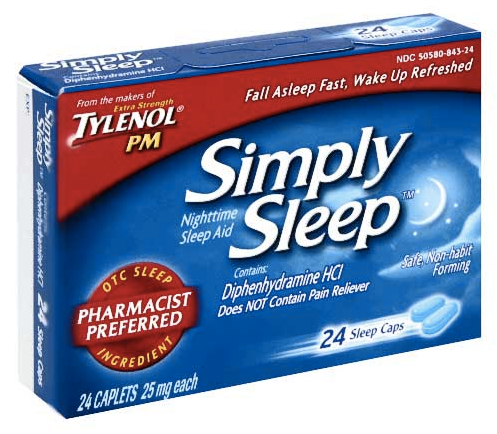 Well. (Read on for the gruesome details…)
I had taken the medicine on what I guess was an empty stomach.  We had had the wedding banquet from noon -3 pm Friday, and I was honestly so stuffed still at 9 pm that I didn’t feel like eating anything.  I had just guzzled a whole lotta water too.  I felt full!

An hour later the pills didn’t seem to be working.  I felt my breathing was depressed – it was difficult to make my lungs inflate; I felt a little short of oxygen.  (Sleeping pills/cold medication depress one’s breathing rate in order to force relaxation.)  I felt nauseous, and got up to go to the bathroom.  I didn’t throw up, but in the bathroom my vision started to get fuzzy; I felt claustrophobic and couldn’t figure out how to open the door.  I scrabbled at it, and managed to get out.  I was walking back towards my seat when it happened.

I blacked out and fell down the aisle, hitting my face on the carpet when I fell.

At least I think that’s what happened.  Nobody I asked saw what had happened; there was no sensation of falling, no feeling of faintness, no warning whasoever – just one minute I was walking down the aisle and the next minute I was conscious of people all around me – “What happened?”  “Did she fall?” “Is she okay?”  “Is there a doctor on the plane?”  I had a glimpse of a white uniform and I thought the pilot had come out (it was one of the stewards).  There were voices all around me; I was being pulled by numerous hands, and dragged across the floor to the back empty row, where they stuffed me on the floor in front of the seats.  [could they not have lifted me into a seat?]  I heard the words “nurse practicioner” and then “I’m a doctor” and an elderly man was looking at me, taking my vitals.  I told him I had just taken 2 sleeping pills; I told them where the bottle was.  They kept asking me if I was on any other medications or if I had drank any alcohol.  I kept saying no; I hate alcohol, but they weren’t listening.  I kept falling in and out of consciousness and my head was lolling back.  Finally, I threw up.  The doctor said now I had thrown up it would be okay, and they took me back to my seat [so I would vacate the 2 seats I had been lying in, which were for the crew to lie down and sleep in], and gave me some juice.  The doctor told me to sleep.

Funny thing was, I couldn’t.  I was all shaky and nauseous, but kept drinking and eating some crackers.  I threw up again, and then felt like I was going to pass out.  I called the steward back, and let him know; he brought the doctor who re-checked my vitals.  I threw up again, everything I had drank or eaten since boarding the plane.  (I was on the aisle side in the middle; the guy next to me must have been loving me by that time.)  I kept saying “I’m sorry, I’m sorry.”  I realized I was also wearing two titanium Phiten patch discs on my shoulders where I had some sore muscles; once I removed them I suddenly felt loads better. [Phiten uses magnetic technology to draw blood flow into sore areas, relieving pain.]  It shouldn’t have made a difference, but I felt much less woozy; though I insisted they were just magnetic discs the doctor didn’t believe me and told me they had medication in them.  Anyway, I thought the ordeal was done.

But per procedures the crew had to call MediLife or something – a ground unit that relays medical advice to crews when flying.  They instructed to put me on oxygen for an hour, and then do an IV if I wasn’t responsive.  If I further didn’t respond, they would have to land the plane early.  I heard them whispering in the back.

Anyway, so I was put on an oxygen tank which ran out after about 25 minutes.  I kept breathing in the mask for another 10 minutes before I was feeling faint again and finally told the attendant I couldn’t breathe and was taking it off.


After that, I spent the remainder of the flight shaking and nauseous.  Luckily they assumed I was sleeping and did not have to land the plane early.  When we got to Newark I was so weak I couldn’t walk, and disembarked the plane on a wheelchair.  I was taken to the curb and put in a taxi, and collapsed when I got to the hotel room.


Much fun.  Must do it again sometime.

I was too weak to go to the Academy of Arts University show [section G, row 4, seat 4, thank you very much], could not do my backstage interviews, missed going to the HauteLook suite (free pampering!  ugh.) and couldn’t go to Irina Shabayeva’s show sponsored by Tupperware [which looked fabulous by the way – will post piccies soon].  I barely was able to make it around the corner from the hotel to get something to eat and check in at BP for my press credentials.

Now today I’ve slept a fair amount since yesterday, and am ready to go. Much better- stomach is still a little tender, so I’m taking it easy.


So.  Moral of the story?  Don’t take sleeping pills on an empty stomach! [love that it doesn’t say this on the box.]

Maybe this is not normal, even on an empty stomach.  Had anyone had any similar experience with Tylenol SimplySleep?