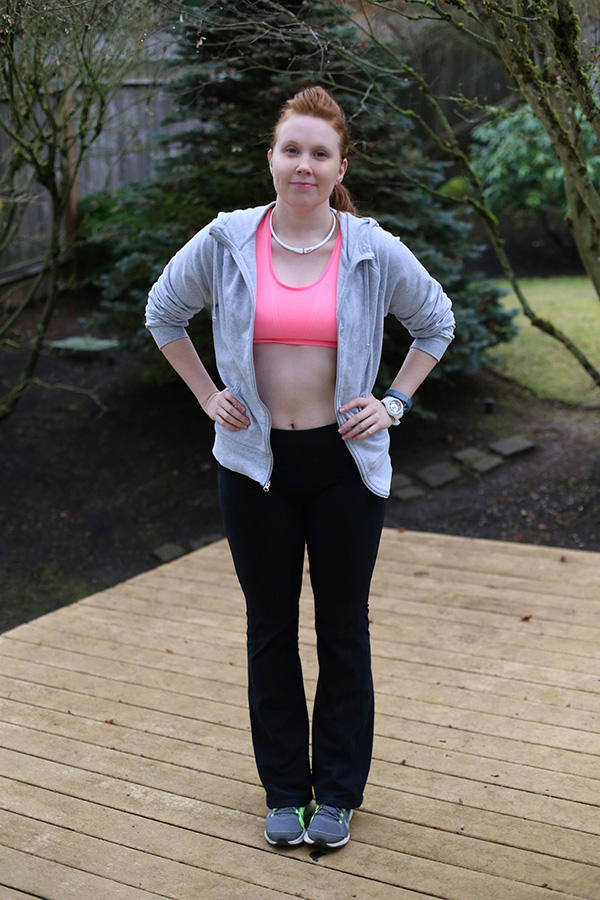 So it’s now been quite awhile since I opened up on this blog about my hypothyroidism and issues stemming from it (including a sudden weight gain of 15 lbs). I wanted to share with all of you where I am now – almost 4 months later.

Not long after posting on my blog about the health struggles I’d been going through, I went in to see my Naturopath to go over my full blood panel results. (Funnily enough, even though I’d been seen by 3 separate doctors for my thyroid issues, no one had EVER ordered a full blood panel despite my insisting that I didn’t feel much better and something was definitely still wrong.) The blood panel reflected that my cortisol levels were extremely high (indicating adrenal fatigue), and despite my 3x per day thyroid medication regimen, I was STILL hypothyroid and my thyroid hormones were staggeringly low. 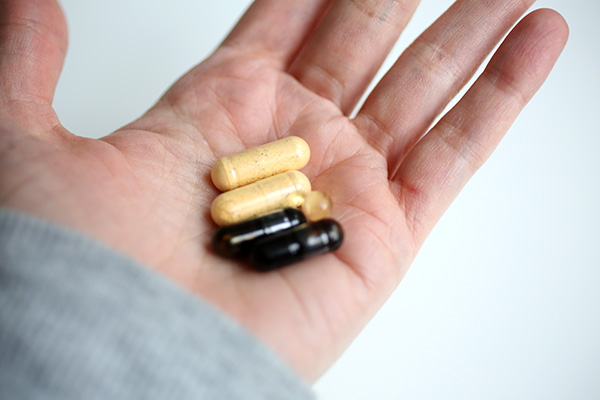 So first my Naturopath consolidated all the supplements I’d been taking (some for hair loss, some for general health), into just a natural Multivitamin (EPD Basic)

. Both my iron and B12 levels were on the high side (from the iron and B12 supplements I’d been told to take by a different doctor 2 years ago for my hair loss), so they were nixed altogether. (The proscribed multivitamin had B12 and iron in it anyway). But it was the adrenal supplement that made the biggest difference: within about a week I started to feel more energetic, less stressed, less lethargic. Though I was wary at first of these strange herbs I’d never heard of (Siberian Rhodola Root Extract? Holy Basil Leaf?) and the large capsules with this sticky black liquid floating in them, they made a huge difference and so I took them diligently. 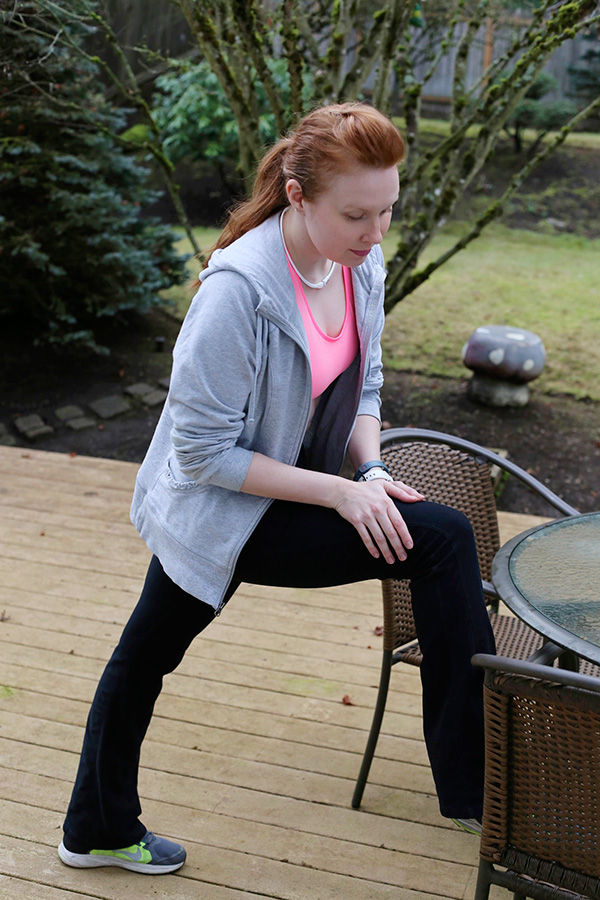 From Sept 4 onwards I began taking classes at a local health club after dropping LiL Tot off in the mornings at school. 5 days a week – a 1-hour class each day. Though each week varied, usually I did Spinning 2x per week, Yoga 1x, a Core workout (with weights) 1x, and Zumba 1x, sometimes switching it out for a strength workout with weights.Then on Saturdays, I would head to the gym to do an hour of pedaling on a stationary bike, or go on a hike with my family, ride bikes around the neighborhood, take a couple-hour stroll at the mall or at a park, or run on the treadmill.

So, my exercise routine went from exercising once in awhile to basically:
Working out 6x per week, 1 hour each day.

In addition, I limited sweets and junk to just one day: Saturday, where I allowed myself a cheat meal + a dessert. The other days of the week my dessert after dinner was some fruit, or some Greek yogurt with jam mixed in (140 cal). 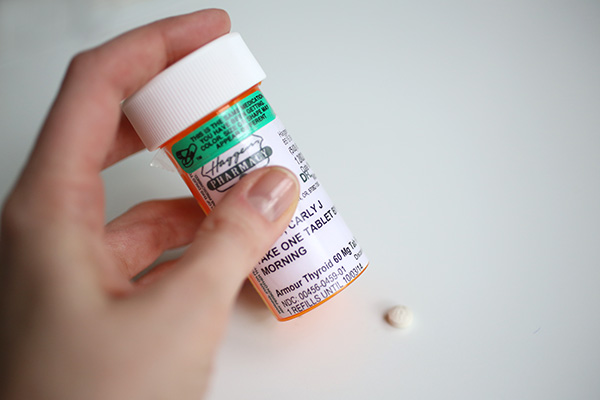 After a month of the new supplemental regimen, my Naturopath put my on Armour Thyroid, which is a mix of thyroid hormones extracted from pigs (and thus likely a product of factory farming – YUK!) My endocrinologist (my previous doctor) had, for more than a year and a half, scared me about Armour, telling me that it was the only alternative to the synthetic thyroid hormones she was prescribing me, but she knew “countless people who’d had bad experiences on Armour and really messed up their thyroid function and later were upset with me for not warning them of the dangers of this medication.” So I was worried about trying it, but my Naturopath said she’d never heard of anyone having a bad reaction to Armour – instead, it either worked for people or it didn’t, and if it didn’t, they just went back onto their synthetic regimen again.

(If anyone is interested, here is a lot of information about thyroid hormones in the human body in order to explain all this stuff.)

Armour (or another Natural Thyroid medication) is extracted from the thyroids of pigs – and thus has thyroid hormones T4, T3, T2, T1, and calcitonin (hormones that are not available in the synthetic medications). What is different in pigs is the ratio of hormones – which is what causes some people to not respond to this medication well – because the ratio of thyroid hormones is so critical (and there’s so many of them), that sometimes the human body can’t compensate for the difference and just doesn’t respond.

Anyway, my Naturopath switched me onto Armour, eliminating the 3 pills I had to take throughout the day, splitting one pill twice a day and splitting the other pill 4 times a week (utterly confusing and restrictive to have to time my medication 2 hours after eating but half an hour before imbibing any calories…staying away from soy consumption at the same time…ugh). I now took a single pill 30 minutes before breakfast and that was it. No taking a pill splitter with me whenever I left the house. No pills shattering in the splitter and raining down inside my purse. No offending relatives or people I was visiting by not being able to eat with them since it fell outside of the medication schedule. It was sooooo much easier.

And within days I started to feel A LOT better. Like so significantly better I thought it was a fluke at first. But the feeling just improved. My mind began to sharpen again. I could remember things. I could keep to-do lists in my head. I could plan, not only for the rest of the day, but for the rest of the week. I started to be able to see things long-term again. I could execute thoughts to their logical conclusion and not get confused along the way. I could remember what my husband said 10 minutes ago. I could start to plan multiple projects, keeping deadlines and to-do’s, juggling and multi-tasking again. I gradually started needing less sleep – from 13+ hours it dropped to 9 or 8.5 some days – and I still felt fine and awake when I woke up. My brain actually woke up. And the weirdest thing was feeling like no time had passed since I first had gotten sick – like those 3 years had never even happened, like I’d been asleep and suddenly I woke up again. I was very quickly back to my old self. I had energy, I was working out in the morning, running errands, keeping up with the blog, sending people’s birthday presents early, planning for the future. It was FANTASTIC.

I had another blood panel a month later which showed that all of thyroid hormone levels were finally in the normal range again. Yippee! I finally no longer felt “sick,” no longer exhausted physically, no longer drained mentally. Finally, finally, my thyroid/hormones/adrenals were all in balance.

The only thing left were the physical effects from being sluggish for so long. Though I was working out religiously, my body didn’t respond as I had hoped it would.

Which of course was insanely frustrating. Sure, things are fitting a little better (a tight pencil skirt I couldn’t zip up in September now finally closes), my face is looking a little thinner, but progress is extremely slow. At an early December checkup and blood panel, my Naturopath noted that my thyroid numbers were so good, it looked like I might be swinging the other way, into hyperthyroidism. But we decided to leave the medication at the current level for another 2 months, and reassess after the holidays. I felt so good in general I really didn’t want to change anything (except get rid of all this extra weight I was lugging around). So my doctor suggested eliminating dairy from my diet completely (so no more shaved parmesan on my salad, no more Greek yogurt after dinner). I didn’t drink milk anyway, and just avoided anything with dairy in it (which is a lot harder than one might think as it’s in so many vegetarian meals and products). This proved harder than I thought as I missed my almost-daily yogurt acutely (making a substitute with coconut milk yogurt was not so bad, but still not the same).

Still, my weight did not budge. In mid-December I got sick with the flu for awhile so laid off exercising in order to rest; after that it’s been Christmas and New Year’s so I haven’t gotten back to daily exercising since I’ve just been lazy. Once Lil Tot is back in school I’ll get back to it. Technically, if my thyroid hormones are normal…I should be able to lose weight. Even if my metabolism is low due to the underactive thyroid, I have enough of the hormones in my body to counteract it. Next, I’ll be cleaning up my diet further and not eating anything that’s not on THE PLAN, as well as adding in cold water in the mornings and perhaps cold exposure later on. 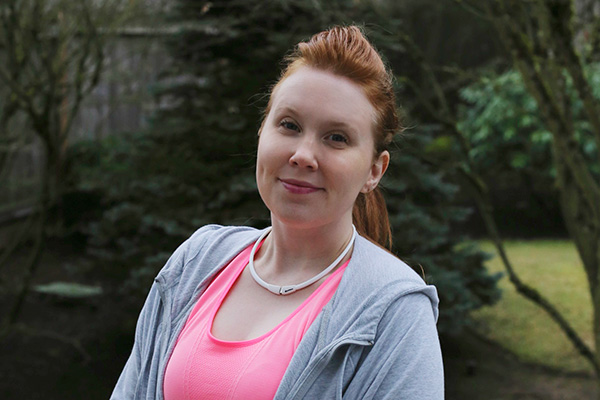 Anyway, we’ll see what the next 3 months bring! Thanks so much for all your support and encouragement, it means so much to me and I feel so blessed to have received it when I first posted 🙂

And now back to scheduled programming! 😉
xo
Carly

About Me, Announcements, hypothyroidism, trends