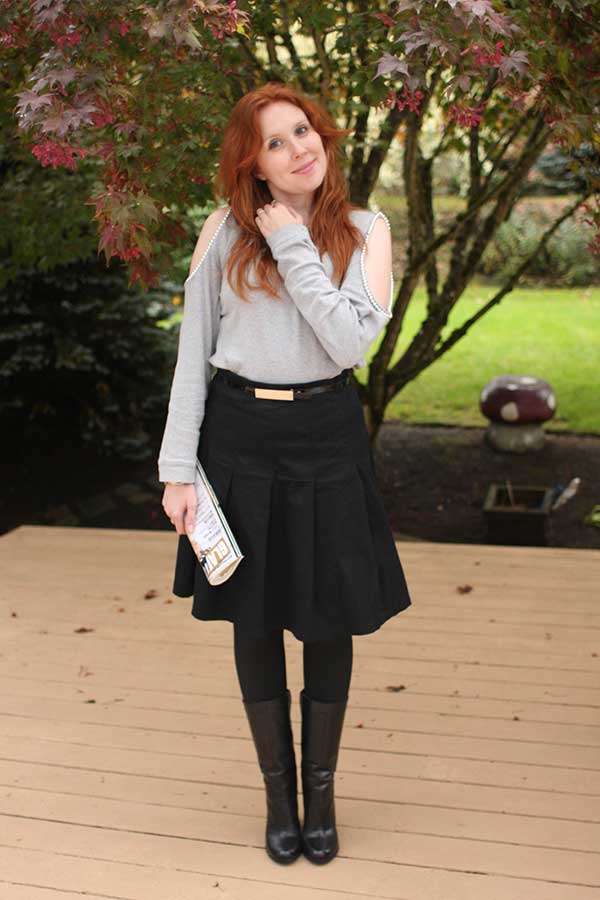 I attended an event at my local mall yesterday for Anne Klein, and went with an outfit that was a little dressy/saucy on top, schoolgirl on the bottom. 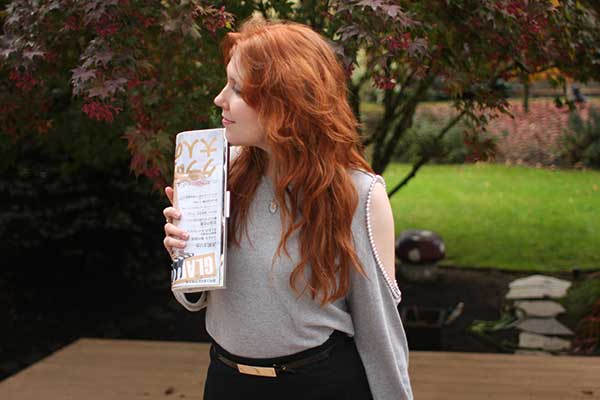 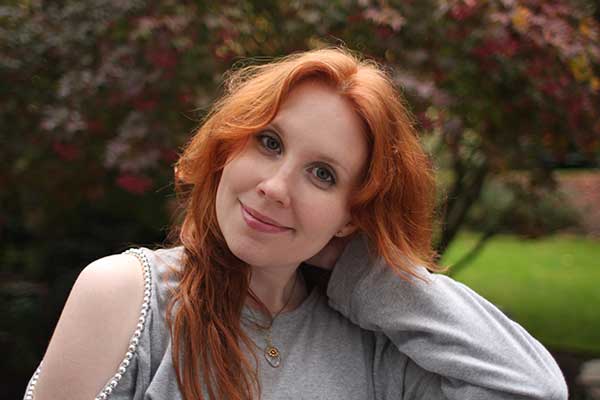 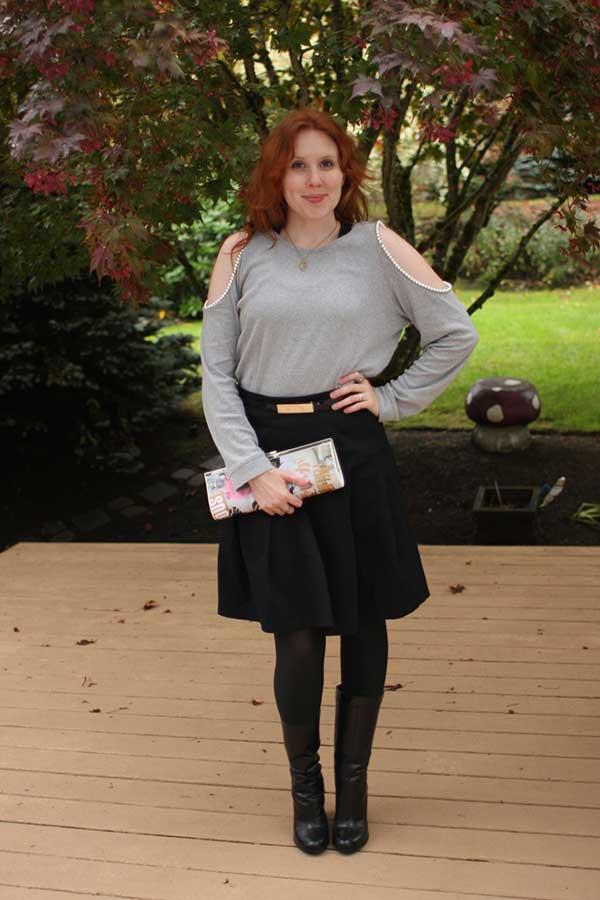 So far this has been the busiest week EVER for me.  I’ve been running to class, to work, to pick up my son at school, and have ended up late for every single one of those things.  I had a freelance fabrication project due Friday, a screenplay due Thursday, a motion graphics project due last Monday, my son’s 7th birthday party Sunday, and event Saturday…  I’ve had two nights this week where I’ve gotten less than 3 hours of sleep each time, something I haven’t done since like…back in college.  With Lil Tot’s birthday party today finally over and him now stupefied under mounds of toys, I can finally now relax a little and take care of all the nagging things I’ve had to postpone for a week or so.  Plus go to sleep and get a solid 9 hours to catch up! 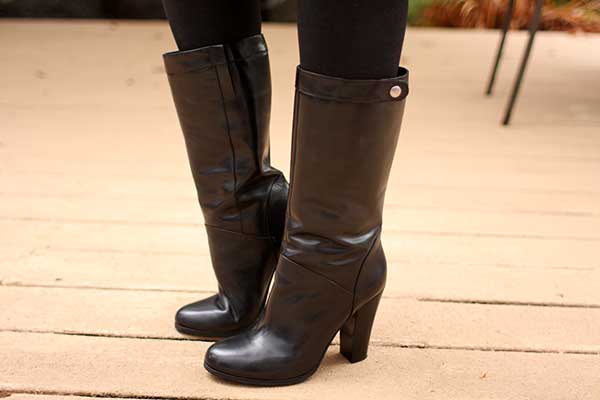 I really love the way these Nine West Amrit boots look, but they’re like suction cups for the feet the longer you wear them.  The counter is way too tight and the vamp is too far forward, meaning that you’re sort of off-balance when you wear them.  From reviews online, apparently the brown version isn’t as uncomfortable as the black.  Ah well – I can stand them for an hour or two, but not much more…

The SPANX reversible tights, however, are a total workhorse.  I wear them quite often in my outfits, especially in the Winter, and have had them for at least 3 years.  They’re completely opaque, still haven’t run in 3 years of constant wear, and the version I have reverses to charcoal gray.  They’re such a bargain for when I’m traveling (and they keep my tights drawer under control since I don’t have to buy multiple pairs!!) 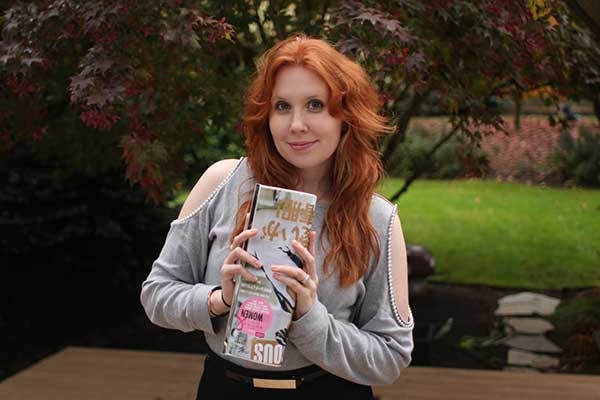 I’ve featured this clutch on my blog before, but I’ve never shared the step-by-step DIY tutorial.  The reason for this is that it’s super-simple to make!  The clutch was made by gluing a magazine cover onto a small clutch from Target with E-5000 glue.  Any flexible glue would work here, though.  I chose the cover of a Japanese magazine I like: GLAMOROUS.  I liked the color scheme and thought the title was appropriate for a clutch like this. 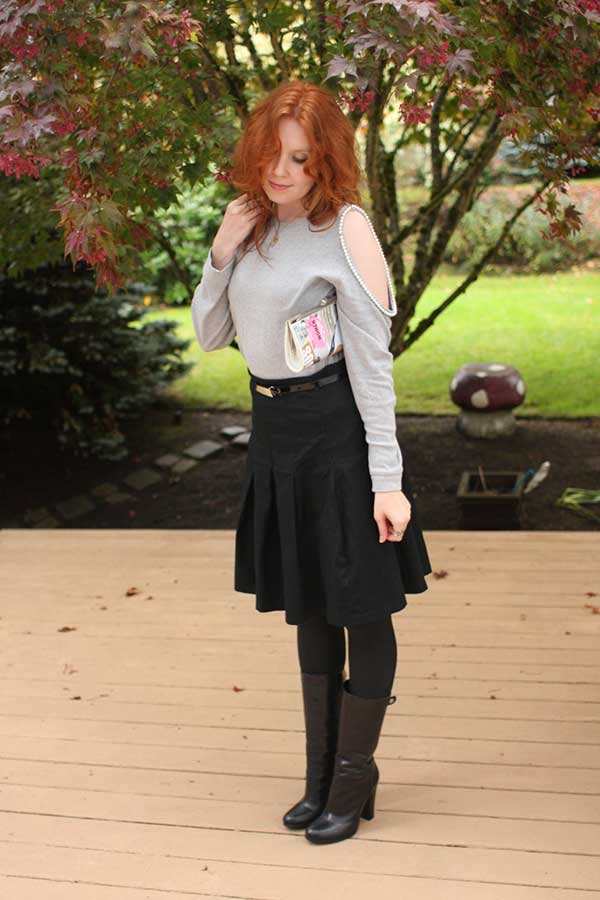 Hope everyone had a great weekend!  I’m off to meld with the bed for while…

ChickDowntown & Chic Steals Giveaway: Dream of Ice Cream Tee
Hi Carly, I am a writer for the news website examiner.com covering DIY fashion. I'd like to do an ar...
6.26.11 Outfit: Buttoned Up and Sheer
My Amazing News!!