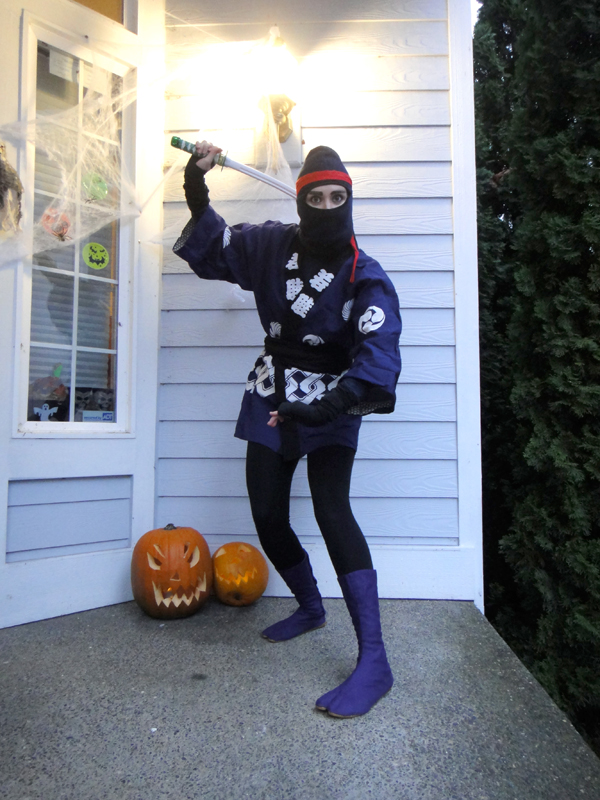 Just a little break from the 30 Days of Outfits…

I went as a Ninja.

Every year Lil Tot has decreed what Mama will be for Halloween.  When he was 1, he had a high fever and we didn’t do Halloween at all (though I did have a little bee costume for him)

At 2, he was a lobster and told me I should be a witch.

At 3, he was Harry Potter and told me to be a pirate.

At 4, he was Dash from The Incredibles and I was told to be a fairy.

But at 5, though he was going as a vampire it seemed he had no preference as to what I wore!

So I looked into my closet to figure out what I could cobble together with stuff I already had, and I managed to scrape together the perfect ninja costume.

I knew Hub would find it amusing that I was wearing a Japanese happi [coat] that said MATSURI [festival] on the back of it, along with numerous festival-related markings – since I last wore it in 1991 at my local town festival where I helped hoist a gigantic, 1000-pound shrine on my shoulders and carry it through the village.  Not fun.

Anyway, I figured most people, especially those who can’t read Japanese, wouldn’t know the un-authenticity of the coat, and it would read “ninja.”  Especially when paired with Lil Tot’s ski mask, black leggings and turtleneck, and an old pair of tights I cut up to use as armwarmers.  I also used a scarf I made as a belt.

And yes, everyone we met during Trick-or-Treating “got” that I was a ninja!  A lot of people seemed to love my shoes, which are authentic tabi – at 11, I was obsessed with the Japanese construction workers’ uniforms, which consisted of a pair of wide trousers that ballooned at the knees [tobi], and a pair of split-toe shoes with rubber soles [tabi]. 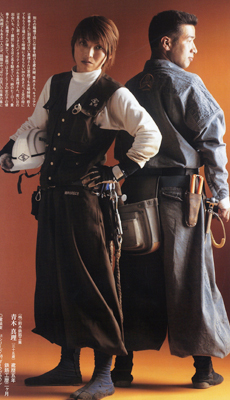 My father worked up the courage to visit a clothing store for construction workers and buy a pair of trousers and a pair of tabi for me as a birthday present.  So I held onto them!  The shoes are uber-comfortable, but of course I can only wear them (and the pants) as part of a costume;-)   [Many workers still wear that uniform today, though their numbers appear to be dwindling.  If you are interested in the traditional uniform of Japanese construction workers, as well as a thorough explanation of how each apparel element came about (it’s a fascinating read!), click here.] 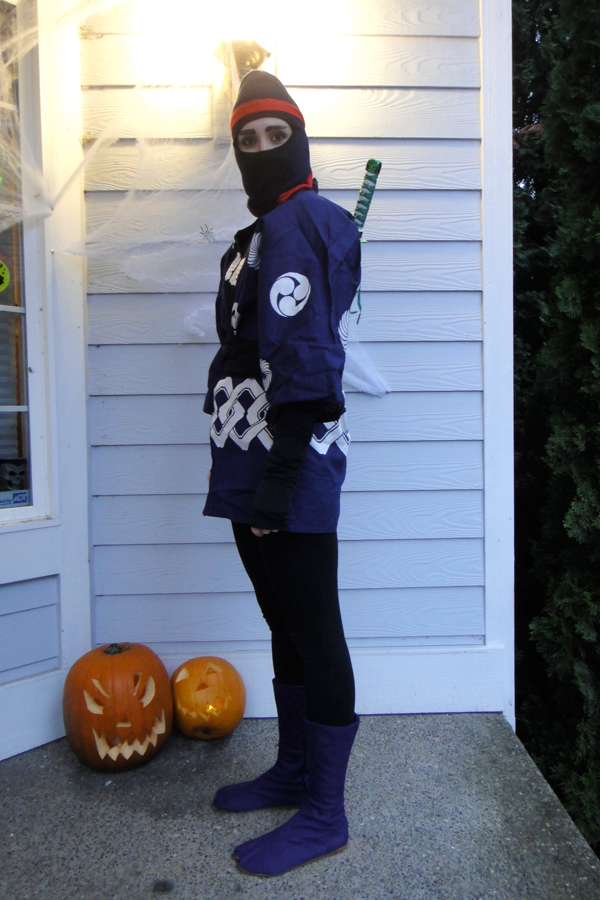 And the sword is a plastic thing Lil Tot won at the fair.

Hope you guys all had a great Halloween!  (Or Bonfire Night;-)

7 January Essentials that Will Revamp Any Outfit
1-2-3 Giveaway with Accessorize.com!
01.09.12 Outfit: First Day of School and the Spotted Collar in Action
Tucson, Arizona Photo Diary