Bring in the Clowns Outfit…and Too Many Bows? 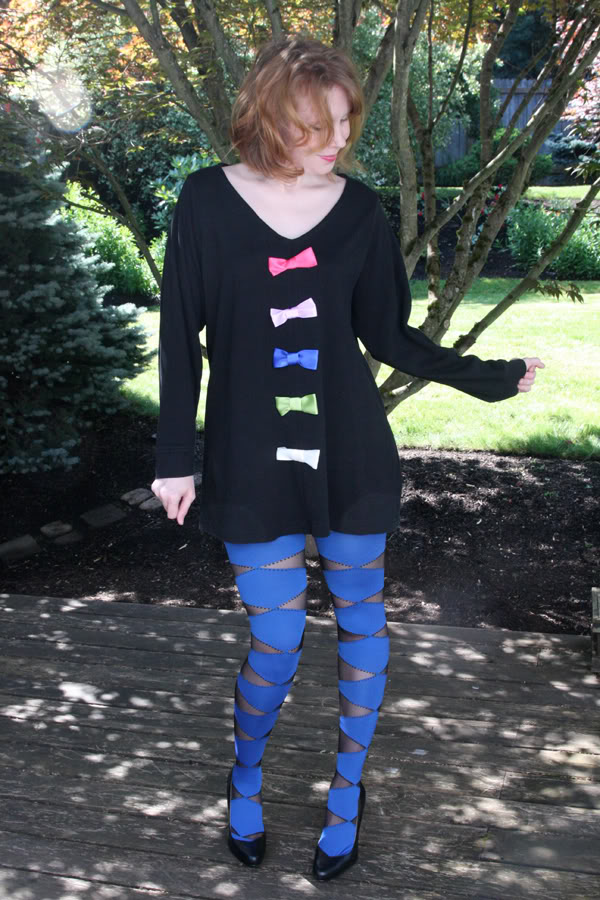 haha -It’s such a rhetorical question. You can never have too many bows.:-) 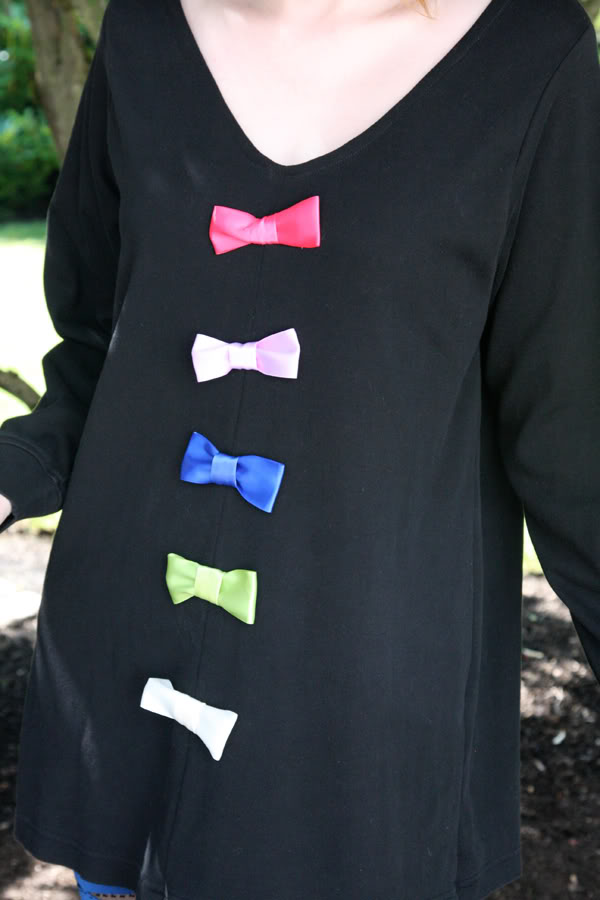 Plus, I’m being facetious.  As many of you probably know already, I’m not really a big color person.  It’s probably because my hair is naturally orangey, my lips are naturally deep cranberry, and my eyes jade green (all in contrast to my white-as-death-complexion covered in tan freckles) that I’ve always felt I have wayyy to much natural color on me and don’t need that much in my outfit. 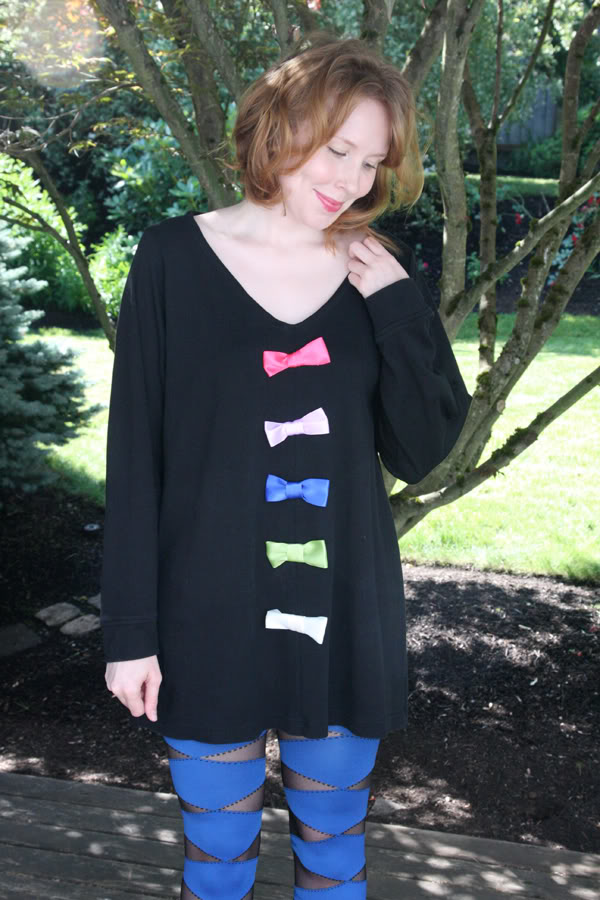 But I couldn’t resist with this top – which I DIY’d from an oversized men’s long-sleeve shirt…tutorial COMING SOON! 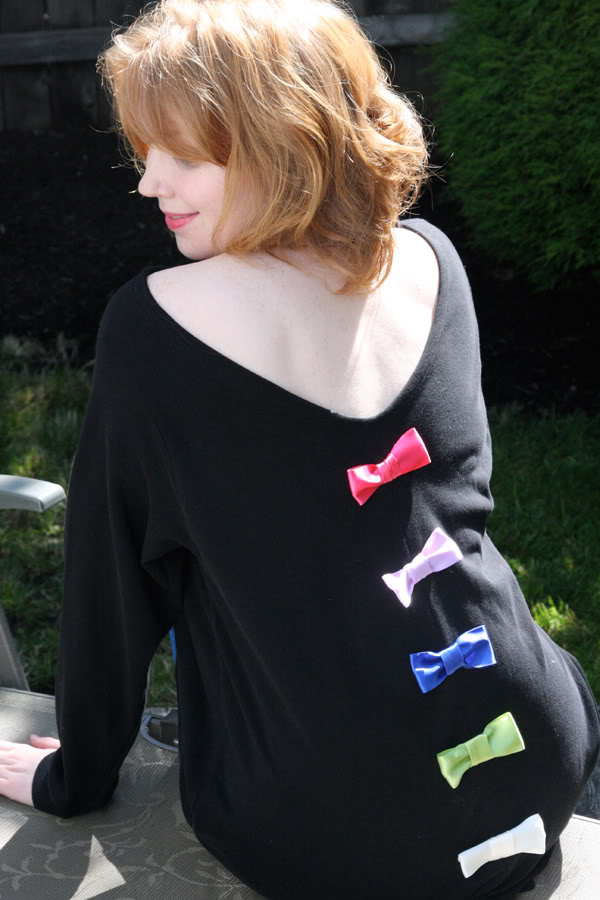 I made it so that one can wear it backwards or forwards, depending on where one wants the line of bows – a feature which makes me just thrilled.:-)  This crazy-colorful rainbow of bows deserved to be paired with something just as nutty. 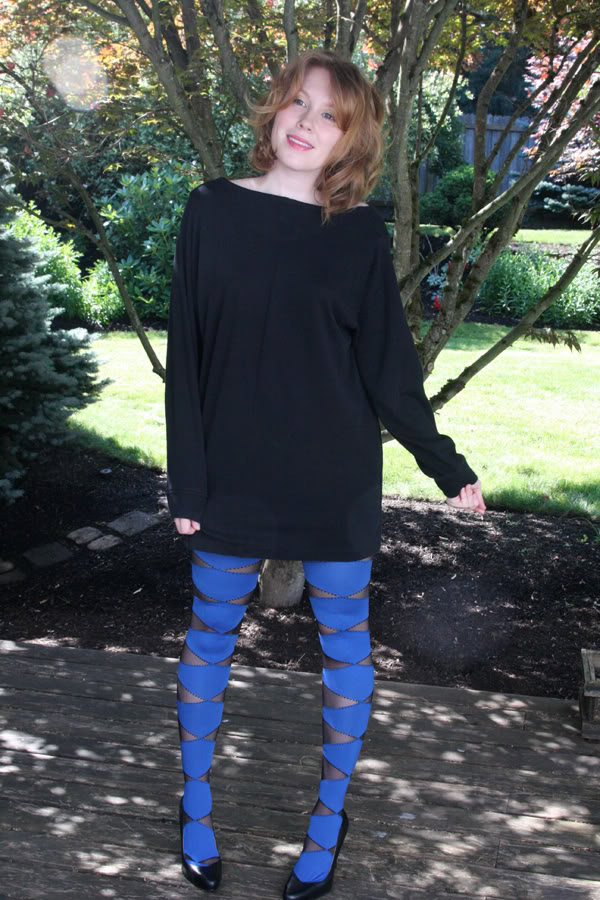 So I chose these uber-cool tights scored in Japan (that I first saw in a magazine more than 6 months prior, so the fact that they were still available given the lightning-speed turnover of Japanese fashion was nothing short of miraculous!  Though then again Poko a Poko, a hole-in-the-wall legwear boutique carrying everything from the super-cheap trendy stuff to the more obscure and pricey designer labels, tends to carry the same items year in, year out.)  I love the design of the tights, which I’ve never seen before – but the harlequin-print inevitably reminds me of clowns and jesters.  I still love them, though, and can’t wait to wear them more often in the Fall.  (Recently, it’s been in the 50’s until about noon here in Oregon, so it’s necessitated some warm dressing.)

The shoes were another awesome Goodwill find: $14.99 for Michael Michael Kors pumps in PERFECT, unworn condition.  Why do people get rid of these things?? 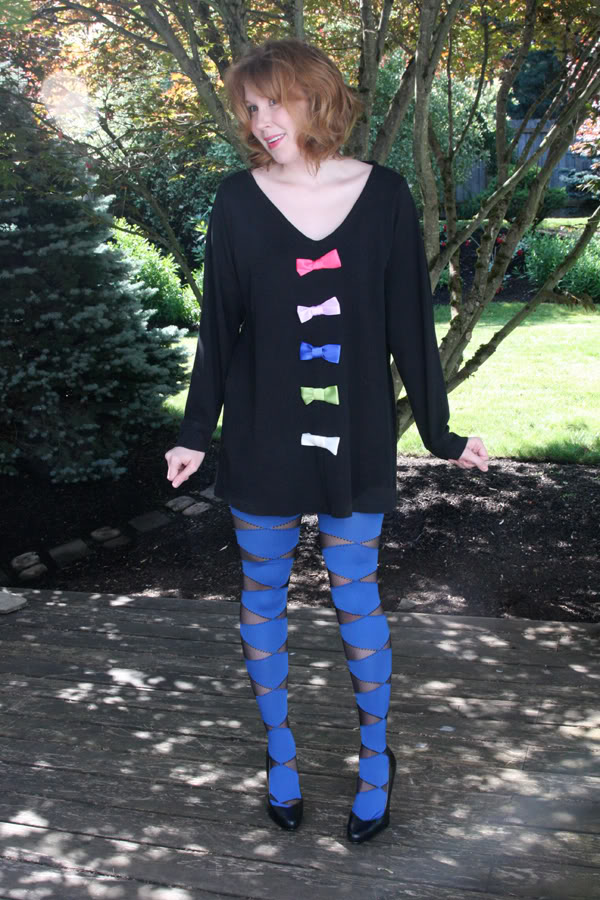 30 Days of Outfits Challenge: Day 6
Vintage Outfit
In Hawaii...Again. (And a sloppy outfit.)
Outfit 1.09.13: Rhinestones and Roses...in the Rain