Guess: Streetwalker Fashion for All 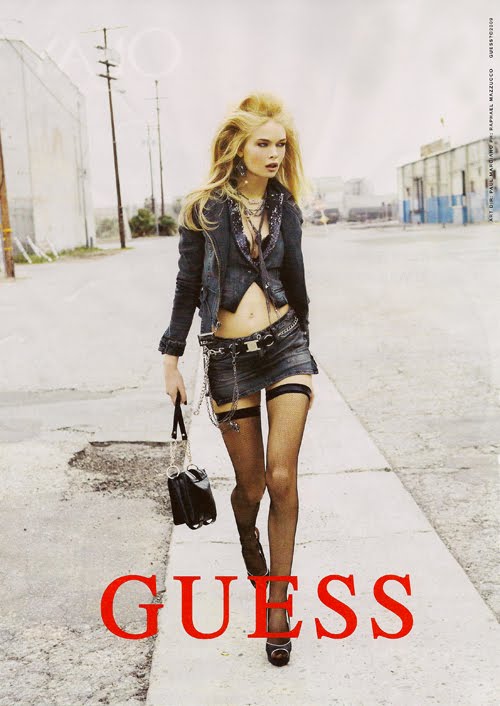 Seriously, what runs through your mind looking at the above ad?
I mean, who is this appealing to?

What does she look like she’s doing?  And where is she going??!
Really, Mr. Paul Marciano!!

I feel that in the past couple years Guess ads are getting more and more…um…skankalicious.   The brand has always been about sexuality – both subtle and overt…but something like this I feel kind of crosses the line, like those American Apparel ads. (warning: semi-NSFW images if you click)

Is this post-feminism at play or just some guy’s misogyny?  (Or being totally out-of-touch with his consumers?)

What kind of woman would buy this?