Introducing FashionStake: Democratizing Fashion, Supporting Indie Designers – and a $15 Credit for YOU! 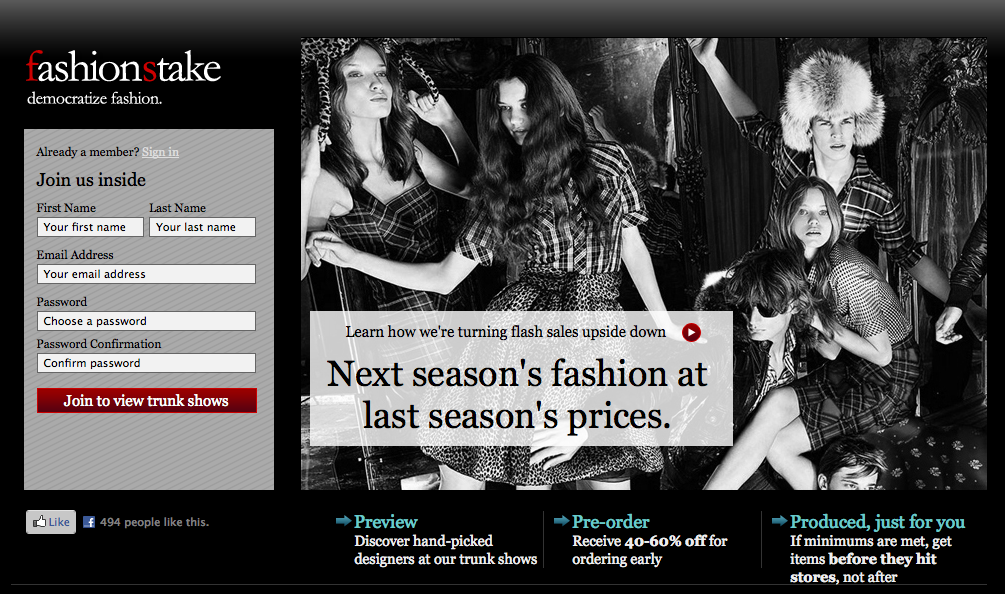 I have been waiting with baited breath for FashionStake.com to launch for the past 6 months!!

Why…what is this website? you may ask.  For one thing, FashionStake offers limited-time flash sales from independent designers.

Another flash sale site??  Why do we need one when we already have Gilt, RueLala, Ideeli, HauteLook, Beyond the Rack…et al??

FashionStake sells next season’s merchandise, not current or last-season items.  Sales are in the form of pre-orders, so the merchandise is already paid for before it is produced.

So why is this an important innovation for struggling designers?
I personally have had my eye on this company for awhile, ever since it was featured in NY Mag’s The Cut back in April of this year.  I’ve been thinking about re-launching my clothing line for some time, but the main obstacle is the high cost of manufacturing – and the fact that you won’t break even on the costs of the sampling, materials, and patternmaking until you’ve produced and sold at least 6-12 pieces.  (Of course this number differs due to differing production costs and differing retail price points…but basically we’re all familiar with the concept that very little money comes back to the designer/creator after all that work has been done, and that a profit isn’t truly made until you’re making multiple, multiple pieces.)  So the eternal question is:

How do you get concrete orders for your line BEFORE committing all that money to manufacturing?

In other words, how do you meet your order minimum to break even (at the very least) before you contract with a manufacturer to produce something like 25-50 garments?

It’s a question of creating demand before creating the product: “pull manufacturing.”  After I created my line back in ’07, there wasn’t enough demand for it where I was…and I had to try and sell what I had on hand, which is infinitely more difficult.  I had lots of money put into actual physical clothing…that didn’t sell.  I still have something like $400 worth of work hanging in a closet right now.

Founder Vivian Weng saw the contradiction inherent to the fashion industry, and the difficulties many designers faced with funding their lines and finding their audience.  Plus by waiting for pieces to hit the retail shelves, as a consumer she saw the “sky-high prices” and felt something amiss.  While at Harvard Business School she teamed up with classmate Daniel Gulati to form FashionStake, a venture they hope will usher in a new era of designer direct fashion.  The website launched in September 2010.

FashionStake aims to “democratize fashion” by holding online “trunk shows” (similar to what Gilt or Ruelala do), with timed flash sales.  BUT….the items for sale are all from emerging designers, and are in the form of pre-orders…so the item is only produced if they’ve met their minimum costs.  So much less risky for the designers.

But how is this helpful for the consumers?

Well, for one, the clothing and jewelry is not marked up for retail – it’s close to wholesale prices (about 40-70% off of what it would fetch at retail).  Plus, it’s next season’s merchandise!  (All the other flash sale sites, including Gilt and Ideeli – are selling last season or current-season merchandise – rarely next season – and it’s most usually at the retail price when they do.)  By buying through FashionStake you’re getting in before the crowds, before it even hits the retail stores, before the season has even begun, and placing an order just as the designer is sending their order to the manufacturer.  (Since it’s a pre-order, delivery of the item varies per brand; for some, it can be 2 weeks; for a few, up to 8 weeks.)

But you’re also helping a designer who didn’t have enough money upfront to produce their line – ensuring that everyone along the chain of supply will get paid (rather than having the designer supply the retail stores with stock, only to have it get returned to them if it doesn’t sell – or have to take out a loan to pay for the manufacturing since the factories require payment upfront).  Each item sold on the site has an undisclosed minimum – the minimum orders the factory needs before they will go into production – so if there aren’t enough orders, the item isn’t produced.  Which means a lot less fashion waste and no unsold items at the end of the season!!

So what brands are having trunk shows at FashionStake?

Tiny emerging brands whose product quality is still iffy, who may or may not actually make good on the orders they get?  Nope.  Nicholas K, for one, who’s has been showing at New York Fashion Week since 2003.  JUMA, a mainstay in minimalist chic fashion that’s sold in Bendel’s, Harvey Nichols, and BuyDefinition.  Lauren Merkin – I’m sure you’ve heard of her bags, coveted by celebrities and in-the-know women in the know the world over?  Check out what’s coming up on FashionStake: 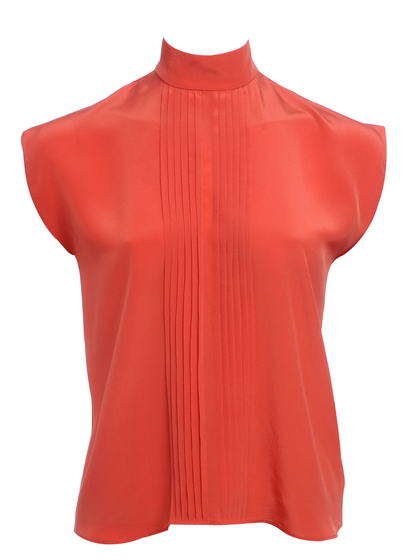 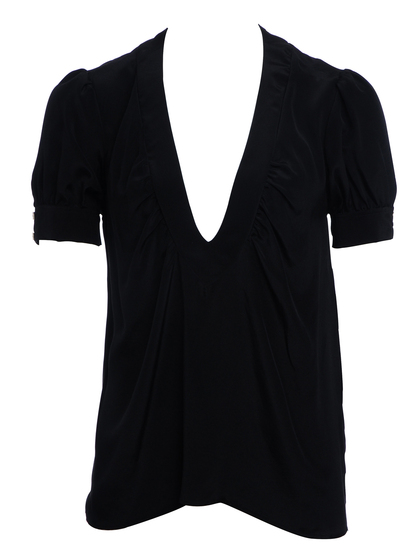 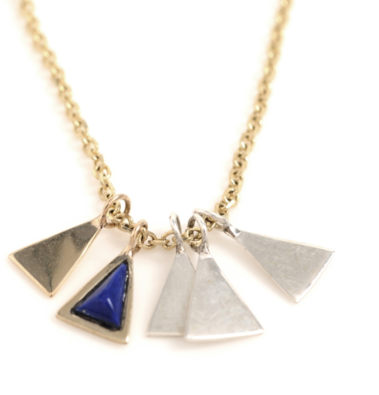 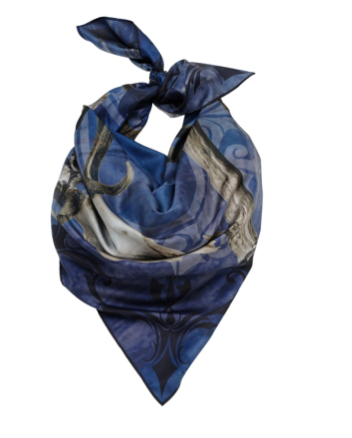 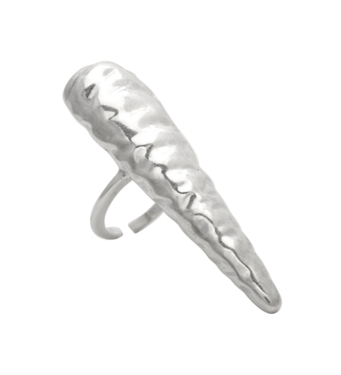 Plus, it’s free to join, and by using my personal invite below, your account will automatically be credited $15!

And…use exclusive code CHICSTEALSNOV to receive Free Shipping on any order (shipped to a U.S. address) that you place during the month of November!  (For my non-U.S. readers, use the code above and get $5 off shipping to any International address!)  It’s a great way to get a jump on that holiday shopping!

Join Here and Get a $15 Credit

One Lovely Blog Award
Trending: 15 Ways to Wear Daytime Sequins
How Do You Maintain Your Life While Facing Stress? 5 Ways to Deal When It Seems You Just Can't
What to Pack for Spring 2012 in Tokyo