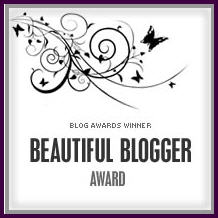 Wow! I’m so honored to be the recipient of this award – and from such an inspiring source, too.

Tamara from Brunette & Pink is such a gorgeous lady – classic and elegant – with wicked skills with a makeup brush. Having survived a bout of thyroid cancer (!), she blogs about makeup, style and life in an upbeat, inspiring way. I love her “Footwear Fridays” and her “Makeup 101” posts. Great reading and necessary fashion food!

The award requires me to list 7 details about myself – well, here they are: 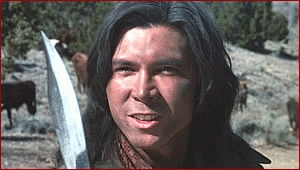 1. I had this major, MAJOR crush on Lou Diamond Phillips when I was a kid. (Young Guns II was my favorite.movie.ever for like 5 years in a row.) I even sent him a fan letter and got an autographed photo back that said “God Bless Lou Diamond Phillips.” I was never sure if he was writing “God Bless” to me specifically or if it was an attempt at reverence for the actor himself. 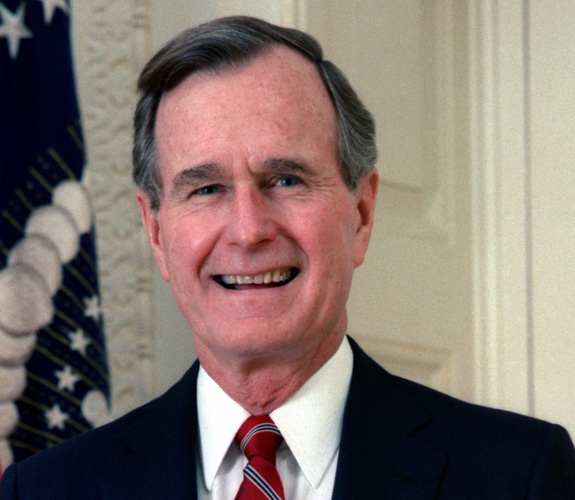 Is it wrong that George Bush’s photo is bigger than Lou Diamond Phillips’?? Blogger, your photo compression sucks!!

2. While we’re on the subject of autographed photos…When I was 9, I was horrified to find out that such a beautiful thing as the rainforest was being destroyed at an acre per minute [it’s actually now an acre and a half per second, apparently) in the name of “progress.” I was so incensed I wrote a letter on my best scalloped-edge stationery to Pres. George Bush (the senior, who was Pres. at the time), that he needed to do all he could to save such an important and necessary part of the environment. I received an autographed 9 x 11″ photo of the Pres., sitting in the Oval Office looking important, in reply.

3. I graduated high school in 3 years instead of 4 by condensing my junior and senior year into one and taking double the courseload in order to get the credits to graduate. Majorly bad move.

4. I get horribly chapped lips during the winter. Nothing helps them – not even the infamous Kiehl’s. I’ve tried just about anything, and now just slather on Neosporin covered with a layer of Chapstick when I sleep. If anyone has any recommendations for a super-healing lip cream, I’m all ears!

5. I pierced my bellybutton myself when I was 16. It came out, though. 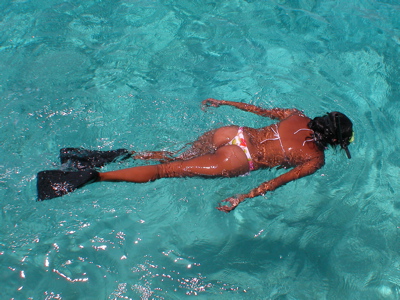 Um, okay…that’s not me. This popped up under “Oahu Activities” when I googled snorkeling images. Gee, I wonder who that website is trying to lure to the islands???

6. I love snorkeling for shells in Hawaii and when my family and I go, we always go to the same secluded off-the-radar bay to find the best shells on the whole island. I haven’t found anything extremely rare though! 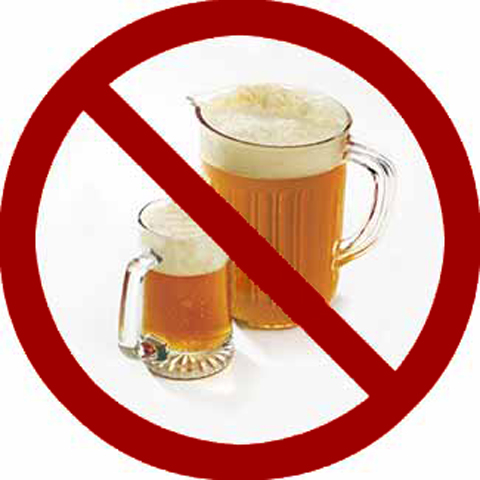 7. I don’t drink alcohol. At all. I hate the stuff, the taste, the burn in the mouth. Blech. I tried to force myself to drink 4 oz of red wine a day for the health benefits like a year or so ago – on the second day I was already gagging and so gave it up. I can stand rum raisin ice cream though, but that’s it!

The seven other Beautiful Bloggers I am passing this on to?

The Owl’s Closet
(I know you’ve already received one of these already…but I thought you deserved another!;-)

Pudding and the Post-Fab Princess

Please list 7 little-known facts about yourselves on your blogs…and pass it on to seven other Beautiful Bloggers!

Thank you Tamara! You are the sweetest ever!
xoxox
Carly