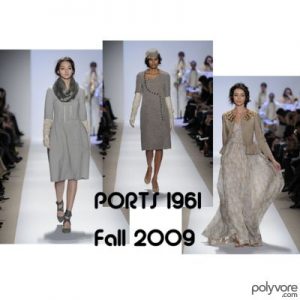 Tia Cibani’s Ports 1961 Fall 2009 presentation took guests on an exotic journey to India, set during Mughal Dynasty. The Red Baratt Festival! Dhol ‘n’ brass band performed music derived from traditional Punjabi Bhangra, to which the models strutted, swathed in rich gold, saffron orange, henna red, ruby, begonia pink, sandy beige, moonstone gray, and jasmine white. Long and layered, short and lame – the collection represented the vibrancy of India’s past enhanced by the regal textures of tapestry tweeds, jacquards, brocades, filmy silks, and intricate lace. Offering both her version of the traditional Indian sari and more Western-inspired structured coats, the designer produced some fabulous pieces in her attention to detail: the jeweled collar of a ruffle-hem cropped jacket, for example; the ruby piping between the fingers on the above-elbow tan leather gloves; the gilt buttons down the front of an asymmetrical-closure stewardess dress; soft ballerina-style slippers in muted shades; a black on black seamed Nigella damask dress. Though many garments seemed to be loose-fitting at the waist, merely hinting at the feminine form, they embodied the modesty and grace of the traditional Indian woman by revealing just enough skin to be sexy. However, some of the designer’s interpretation of the Indian influence seemed to be slightly exploitative and what one would imagine “stereotypical;” the hot pink sari, the overly-gilded heavy Achkan coat; and the Angarkha jackets could have been pulled from the costume racks of any Hollywood Indian film. It was when the colors were most muted and tailoring most detailed that the pieces stood out, and even garnered some discussion and nods of approval from front row faces Olivia Palermo, Anna Wintour, Grace Coddington, and a whole bevy of Vogue-ettes. The softly loose romantic curls in the hair, the shimmery nude makeup, and the accessories styling of the models was top-notch, though, and helped smooth over the discordant notes to create a collection that, though a bit uneven from start to finish, still felt unified in elegance.

Some photos from Style.com‘s Marcio Medeira below: 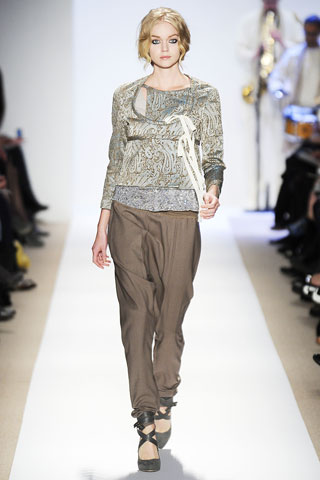 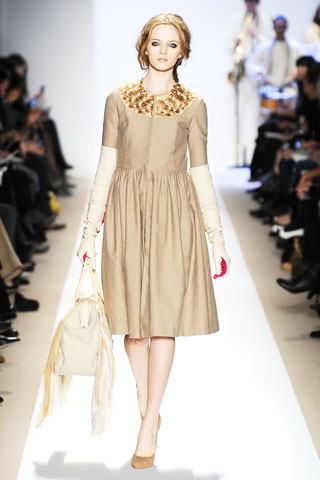 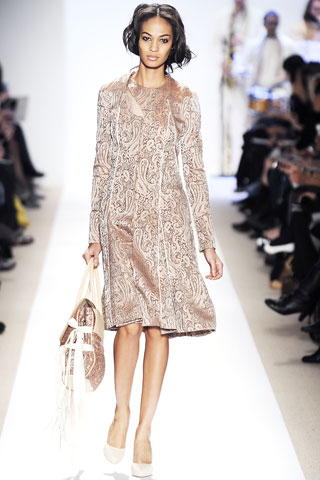 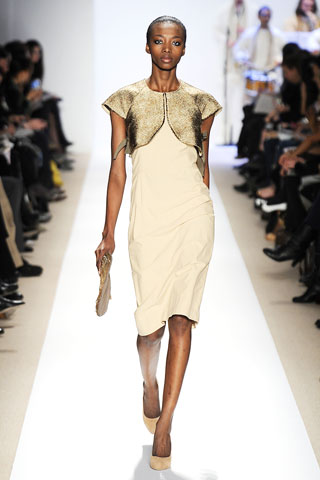 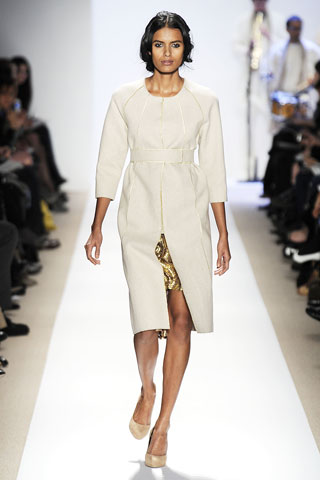 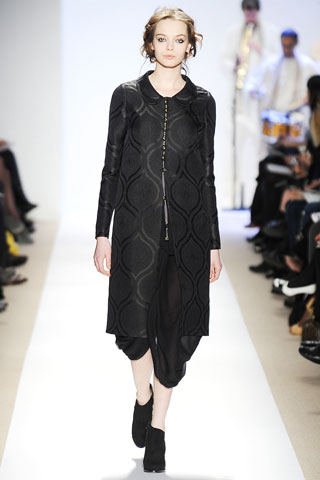 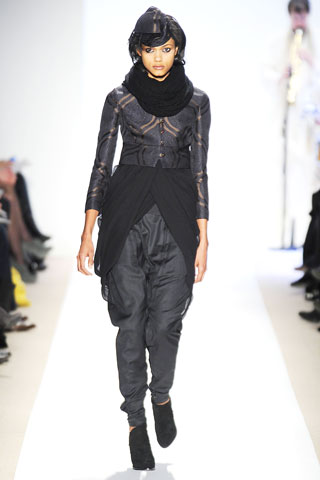 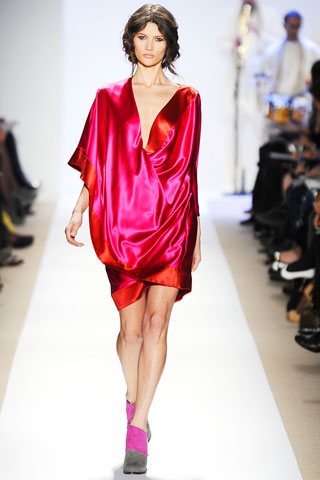 And below, my photo:

Sorry for the Japanese – I sent this crappy photo I took to my MIL to prove Anna Wintour was really there, so I subtitled it for her. Well, we all know who it is!
What do you guys think of the collection?