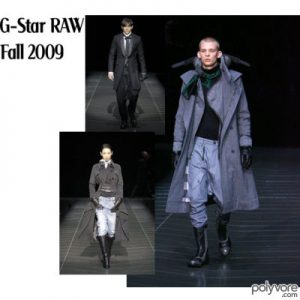 On Tuesday, Feb, 17 G-Star RAW presented their latest collection in a spectacle of a show at the Hammerstein Ballroom, and yours truly was in attendance, courtesy of FashionTribes.com. The huge ballroom with its echoing ceilings and gilt pillars was packed with guests, including Micha Barton, Natascha Beddingfield, Miss J. Alexander, Robert Verdi, Shenae Grimes, and Tyson Beckford. On a stage separated by a translucent curtain, live classical music was played on two grand pianos, while male and female models alternated stomping down the W-shaped runway. The latter half of the show was marked by actor Benicio del Toro 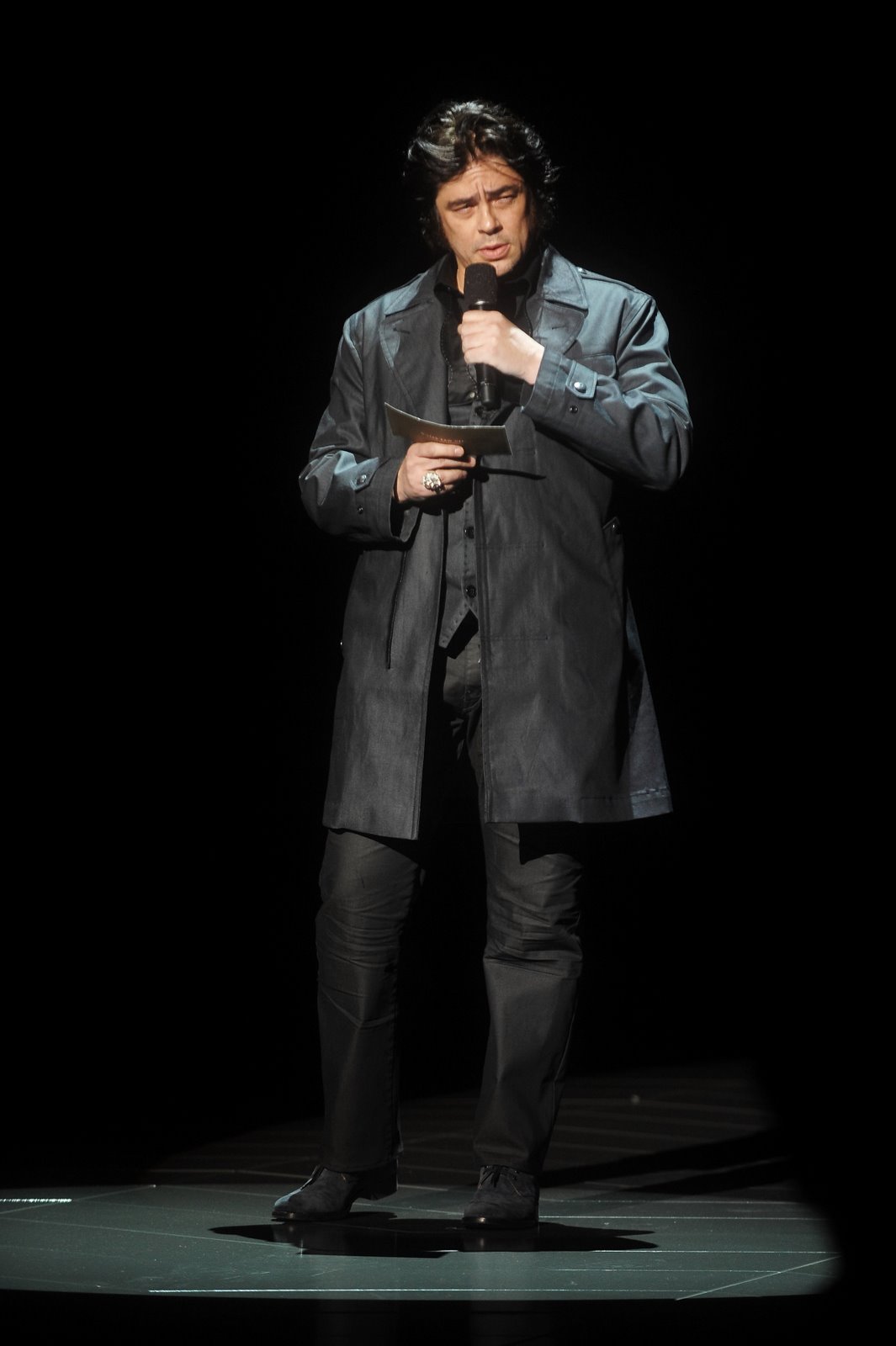 appearing onstage and reciting as spoken word poetry, the lyrics of Joy Division’s song ‘Candidate.’ G-Star chose the song based on its connection to the film Control from renowned Dutch photographer/director Anton Corbijn, who curated G-Star’s Spring 2009 advertising campaign. Del Toro’s art intervention transitioned the show from traditional catwalk to a G-Star finale, as ‘Candidate’ played in the background, reached a crescendo, and ended the show with all the models standing behind the translucent curtain. (More after the jump…)

The pieces showcased in the collection represented G-Star in its purest form as a luxury denim brand. NY Raw Fall/Winter 2009 magnified the brand’s signature detailing to an unprecedented level; each garment, created by the in-house atelier, blended the finest material, sophisticated design, and extreme utilitarian functionality. Though I‘ll personally be skipping the drop-crotch denim carpenter harem pants, almost every single coat (both men’s and women’s) was to die for. Innovative dying, overdying, and washing techniques had produced amazing denim fur (!) and varnished denim. Extensive bindings and buckles, high-stance necklines, oversized pockets and straps gave the collection a rugged, industrial feel. The multi-belted trenches, aviator jackets with goggles attached to the hoods, plethora of pockets, leather detailing, peacoats, high-shine denim, chunky knit scarves – all evoked an Aviator-meets post-apocalyptic feel that seemed on-trend and current in today’s market.

See the video of the runway show, backstage coverage, and more photos at: http://www.gprovideo.com/g-star-mnr/

Below, see all the women’s looks and a few standouts from the men’s: 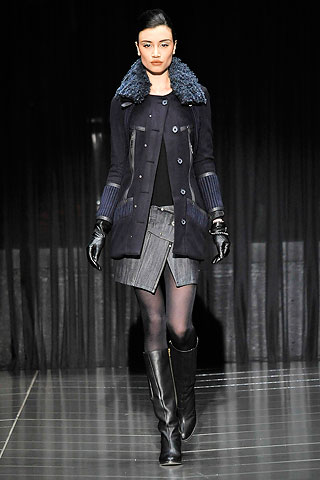 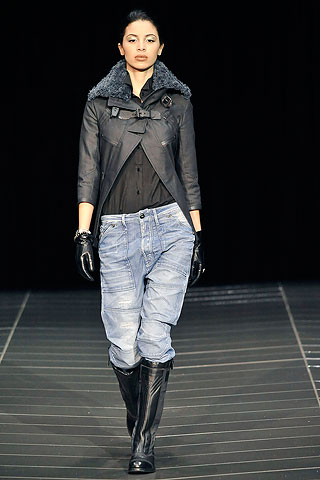 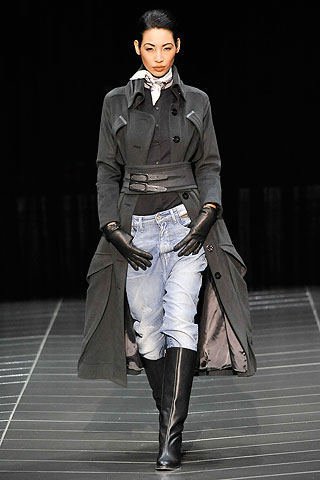 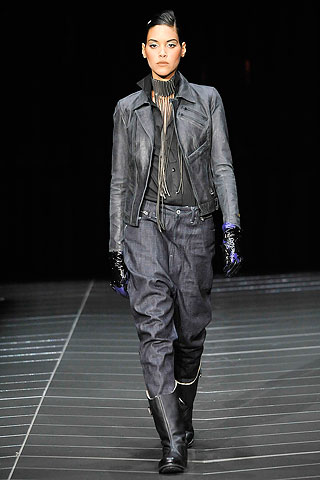 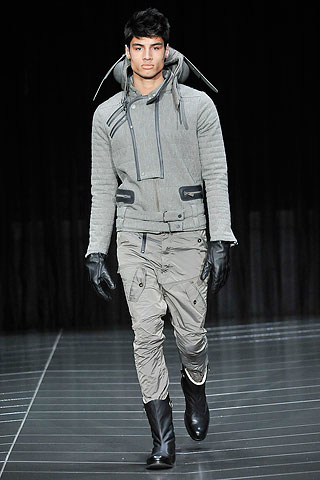 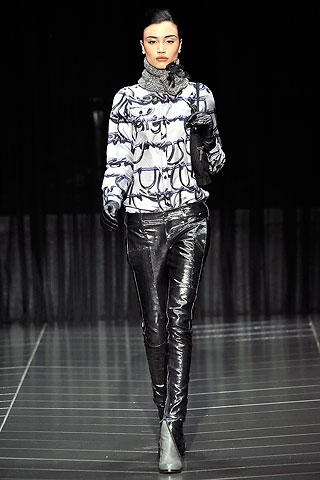 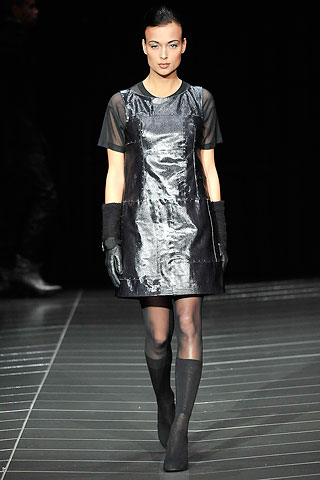 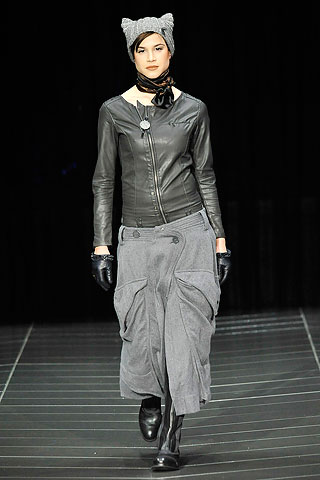 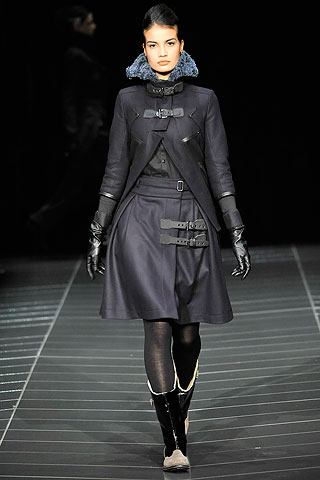 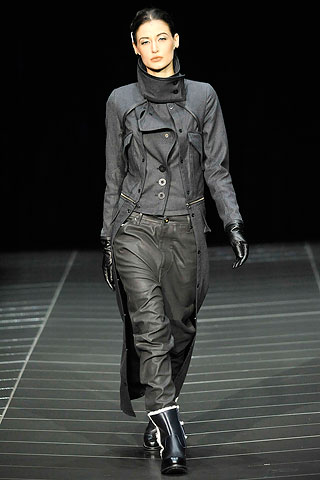 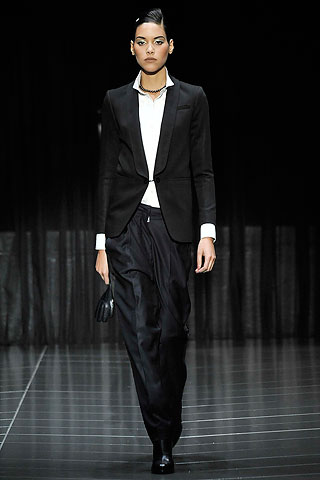 In Memory of Alexander McQueen
What Covering New York Fashion Week is Like
Save 25% Off Sale Items at ELuxury.com!
Sneak Preview: DIY Tutorial Coming Tomorrow!