Okay, I’ll admit, these photos were taken a while back and I just didn’t post them. It’s definitely too layered of a look for summer.

The jacket (Forever21) has a removable hoodie – multifunctionality, YAY! I haven’t had an occasion to wear the sequined dress by itself, and so I paired it over a semi-matching turtleneck-and-tights-combo. (Okay, yes, this doesn’t exactly scream “wear me in June,” but hey, it’s Portland, you never know.) 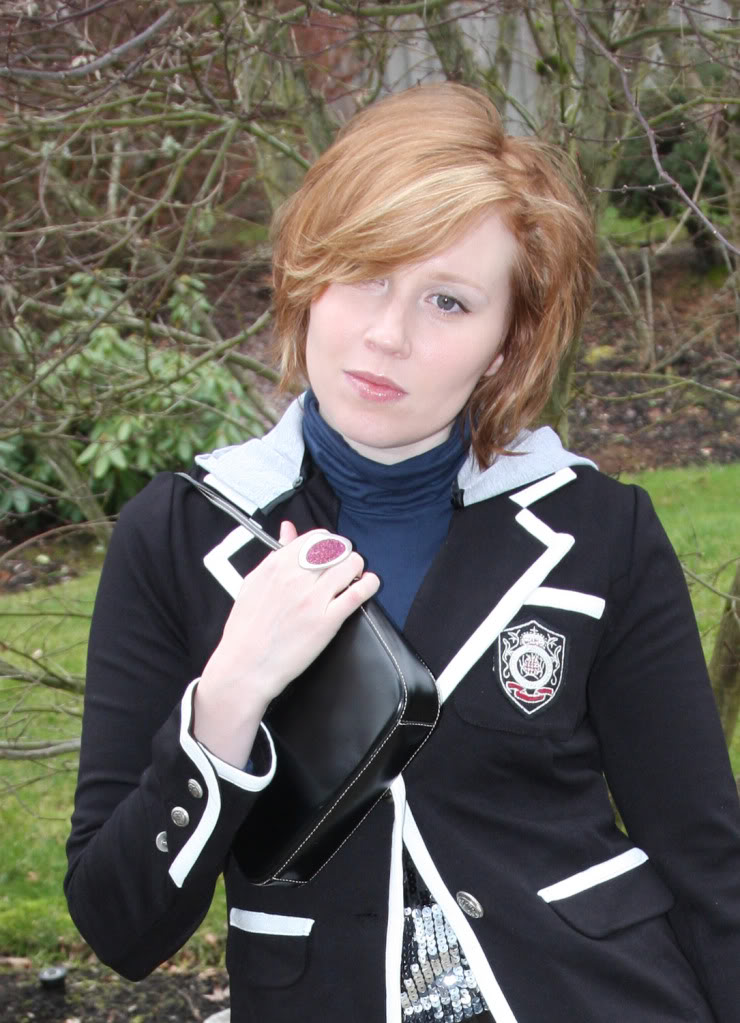 Here you can see the ring I’m wearing – it’s really cool – like an abstract silver plate set with little purple beads. It looks like an alien pod to me.

Little buttoned booties from Payless! Victorian and affordable – that should be my middle name.

And, on another note, after many hair-raising tales (trying to come in on the outgoing runway and getting screamed at by the Honolulu Airport tower control guys – never a good sign when they lose their cool – barely able to straighten out to land properly after swinging wildly from side to side – almost having to attempt a water landing when the plane had a little technical difficulty somewhere just beyond Maui) Hub has finally received his pilot’s license. It still means he spends more time studying than actually flying at this point. And to think up until now his motley “career” has consisted of Guest Service at a hotel and then insurance claims adjuster. I wonder if the FAA are worried yet?

(I kid, really, he will probably be a great pilot because he loves it so much. But his tales are still hair-raising all the same…especially when he tells me most of the time he can’t understand what the tower control people are actually saying. Eeeek.)

Happy summer to all of you – and if you live in the Portland area – watch out in the skies above!!:-)