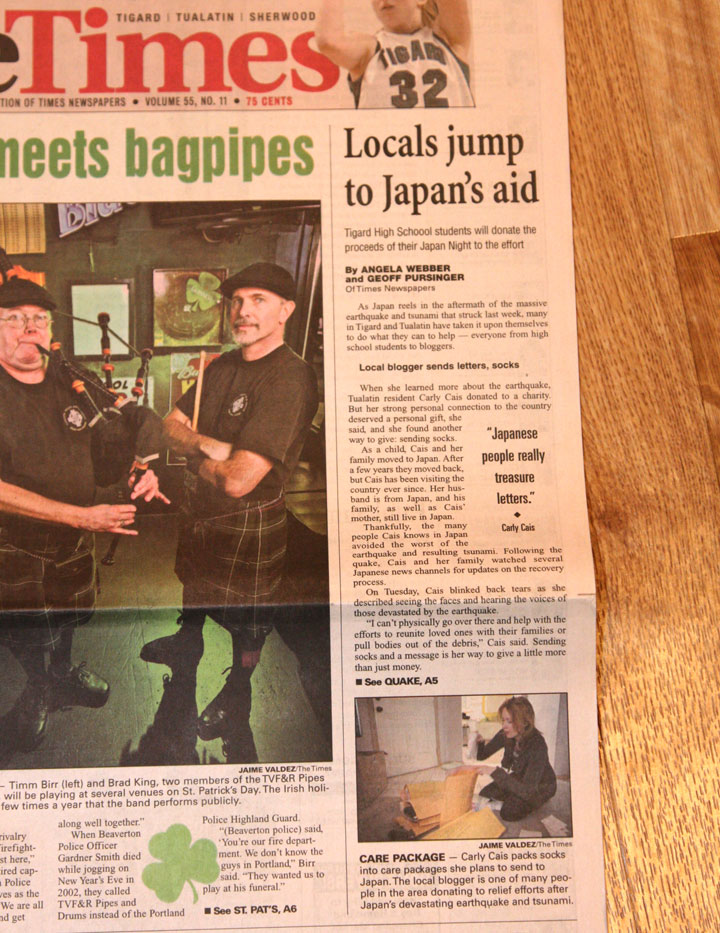 In today’s local newspaper here in the suburbs outside of Portland (circ. 26,000) they ran an article about local people and their efforts for disaster relief in the wake of last Friday’s events in Japan.  A small photo of me happened to land on the front page – and hopefully this will be able to attract more attention to everyone’s efforts and encourage people in their support for Japan during this dark time. 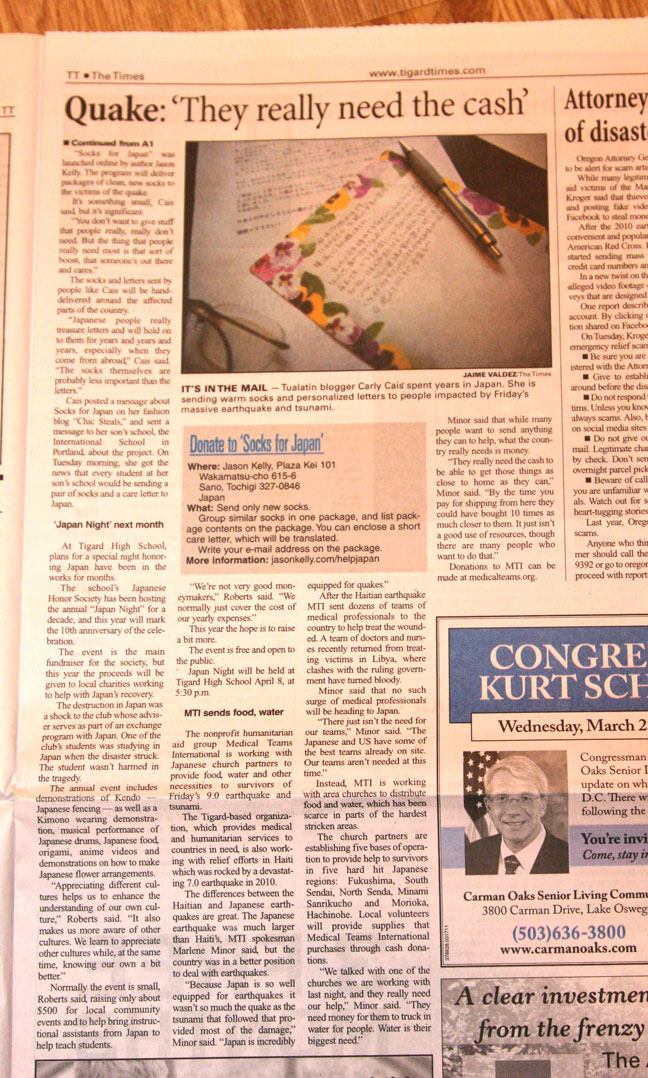 {click above to embiggen}
Thanks so much to Angela, Jaime, and the whole team over there for making the effort to get the word out about this!  I am so indebted to all of you.

Additionally, I emailed the head of my son’s school on Sunday and let him know about Socks for Japan, and he decided to share it with the entire community of parents, staff, and students, asking for monetary donations to be collected and given to Mercy Corps, and collecting a pair of new socks and a care note from each child if people wished to donate that as well.  Sock Dreams, a local Portland retailer of socks and legwear, set up a table selling socks (really nice ones, too) for $2 a pair in front of the school for parents who hadn’t had time to go out and buy a pair…and then donated all the money received to Mercy Corps.  This morning as I came into school and bought another pair to send with a care letter from my son, I saw people buying 4 and 5 pairs of socks at a time, and all of them being sorted into boxes ready to ship out for tomorrow.

Despite the obnoxious, petty, and ill-informed voices of critics that have brought so much sorrow to my heart since last week, the events of today brought tears to my eyes when I saw the goodwill and good intentions of so many people manifest.

END_OF_DOCUMENT_TOKEN_TO_BE_REPLACED

I’ve Been Featured in the Times! 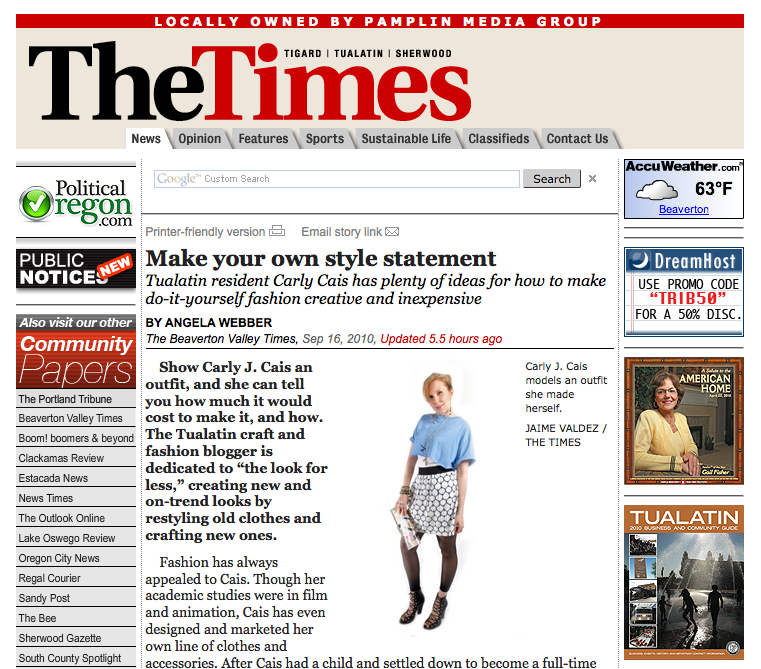 No, not the New York Times.  My local newspaper, the Tigard/Tualatin/Sherwood Times!!

Yes, folks – the Tualatin Times ran a feature of me in their latest edition which came out Thursday, Sept. 16.   They included some nice quotes from me about my efforts to undermine established brand names and force everyone to pick up a pair of scissors and start crafting away.  Yay for subversion!!

They also came to my house and had me play dress up (not that they had to twist my arm or anything, LOL!) and filmed me while doing it.  They put together a little video of me blabbering and preening for the camera too.  😉

No, in all seriousness, I’m so flattered that they did a story on me!  The story was also run in the Beaverton Valley Times as well, so that’s about 26,000 subscribers who got a great big gander of yours truly in that crazy pillowcase skirt of mine when they opened their newspapers yesterday morning. /*o*

Thank you so much for the feature and the fabulous video, guys – I’m beyond words!! 😀 😀 😀