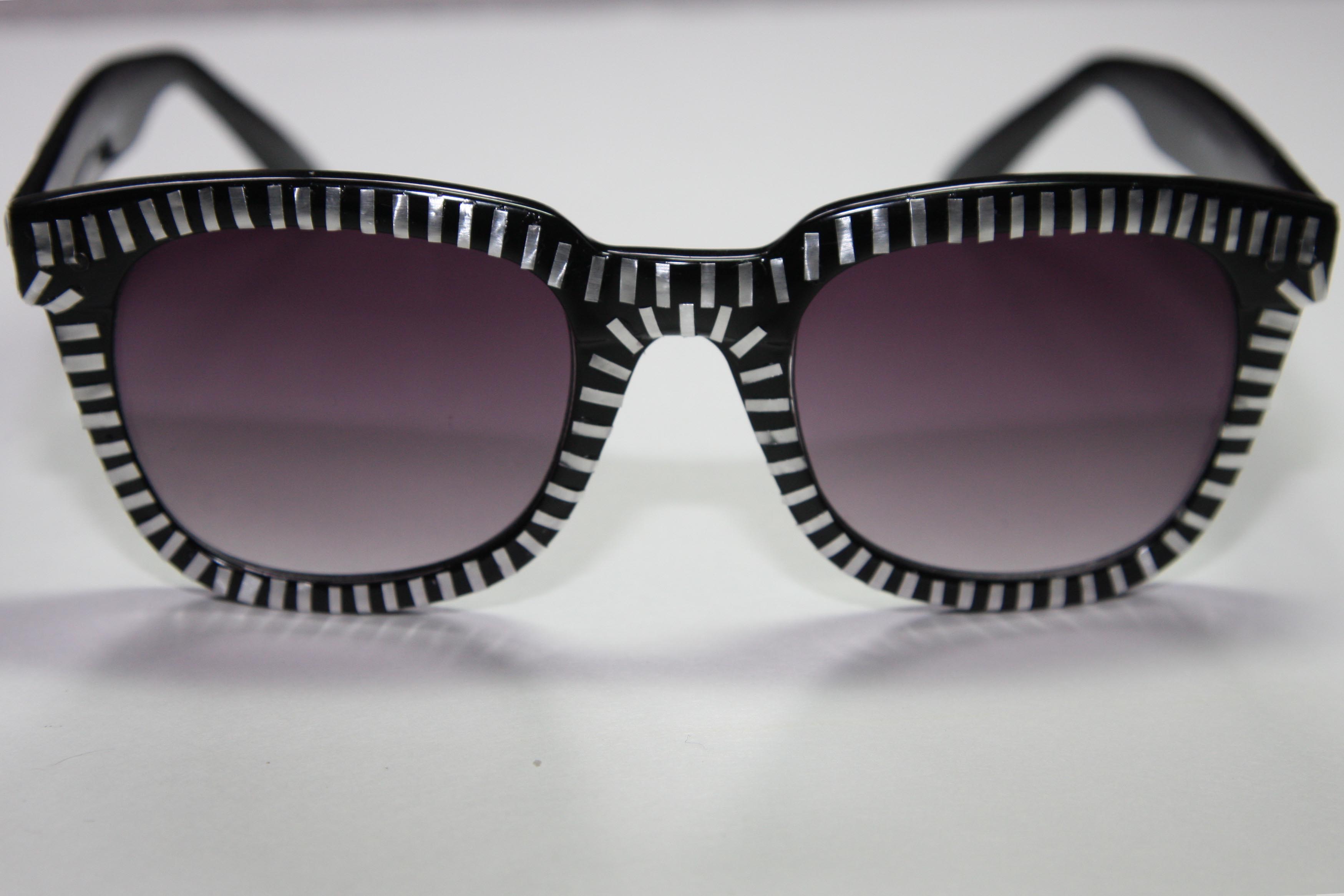 These sunglasses (a dupe of the Alexander Wang for Linda Farrow zipper sunglasses) are a bit fiddly to make, but the results are totally impressive!  My tutorial was featured in Free Magazine, the official magazine of Club 18-30. 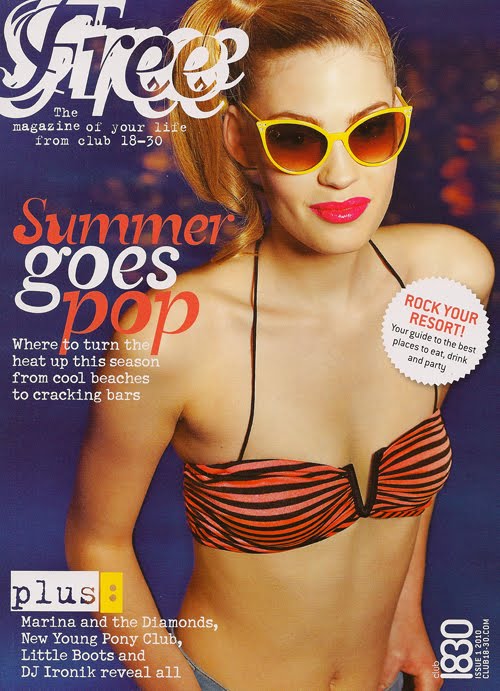 Those of us stateside may not be familiar with Club 18-30, but for our friends across the pond it’s sort of known as Europe’s version of Club Med (except catering to a younger clientele, hence the name).

My DIY Alexander Wang Sunglasses have been featured in the Summer 2010 issue, which is available in all Club 18-30 destinations from May – October.  (Available in 10 countries, including Bulgaria, Crete, Cyprus, Turkey, and Ibiza.) 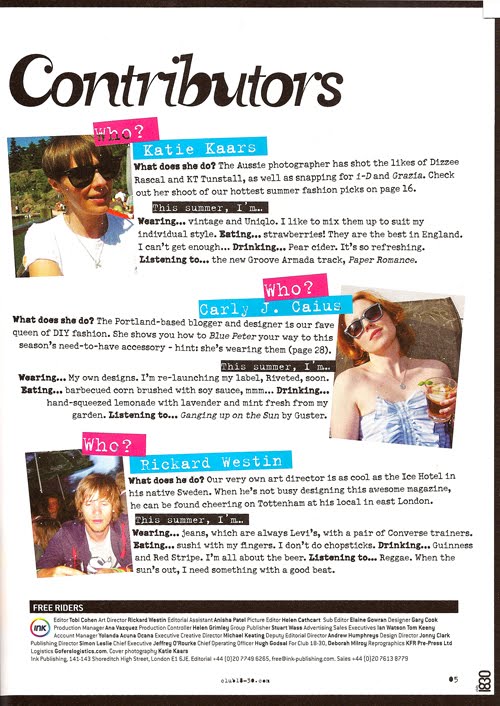 Unfortunately they spelled my name wrong (there’s no U in it) – but ohwell!  A feature’s a feature! 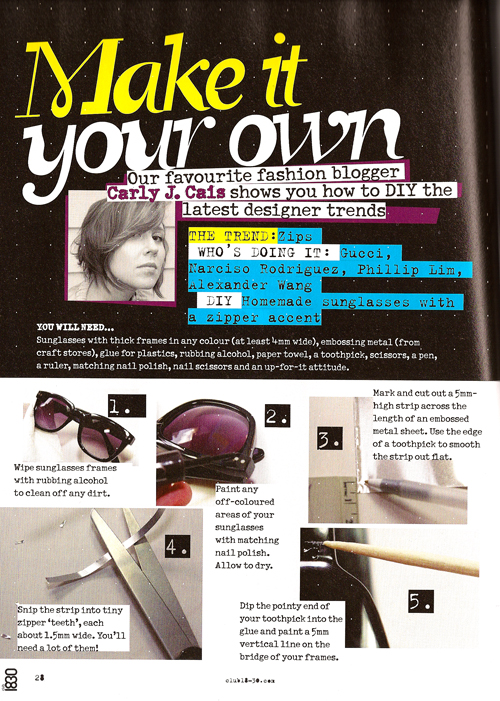 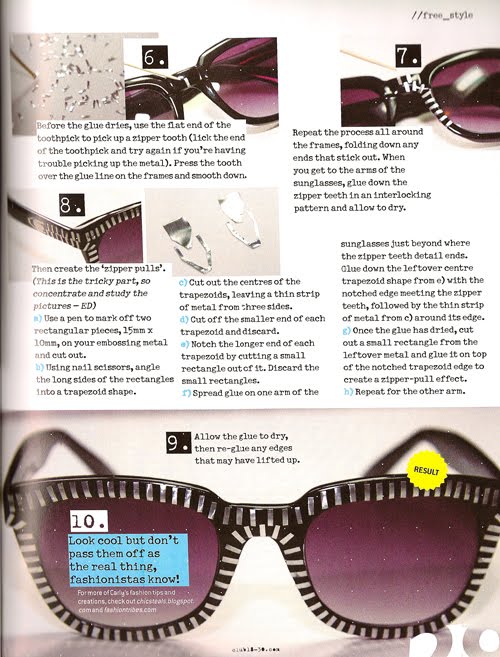 Since I submitted this in February, in the meantime Style Hurricane also DIY’ed her own version using a real zipper around the edge of the sunglasses.

My version is a lot more labor-intensive, but I was going for as exact a copy as possible.:-)  Whichever way you go, now these fabulous designer-style sunnies can be yours at a fraction of the price!

END_OF_DOCUMENT_TOKEN_TO_BE_REPLACED

Sunglasses: Choose the Right Shape for Your Face!

Well, duh. I always disagree with these things…simply because the celebs they feature never really have the face shape their characterized with. Or in another roundup, one who has an “oval” shaped face here has a “heart” shape there…I mean, it’s so arbitrary. Where’s MY face shape?? (i.e., a POLYGON with the forehead and jawline the same width and cheekbones WIDER than the rest of the face. If I dare gain weight, it all goes on my jawline – so my face shape becomes a TRAPEZOID with the jaw widest. And it’s long too, so do I have a “long face”? Compared to what, I might wonder? It’s pretty long compared to a zucchini, but fairly short compared to, oh, I don’t know…Italy.) And do you go by the face-shape as defined by your hairline or by your head??? Well, for those of you who might find this helpful…here ya go – from People StyleWatch Mag.