On the Spring/Summer 2013 runways, wrap skirts (a.k.a “split skirts”) showed up repeatedly in collections such as those from Rag & Bone, Tommy Hilfiger, and Proenza Schouler. 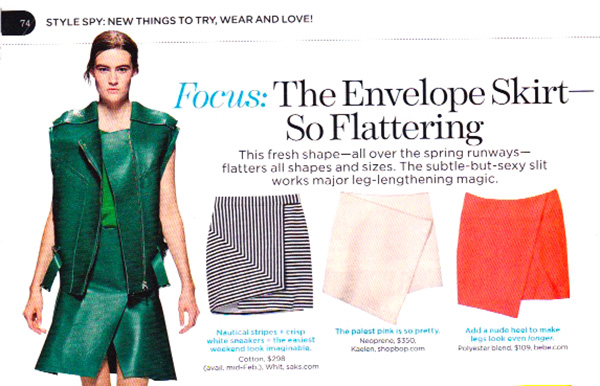 Lucky Magazine also did a short feature on the wrap skirt (calling it the “Envelope Skirt” in their February 2013 issue), and I was immediately taken with how easy it seemed to make. 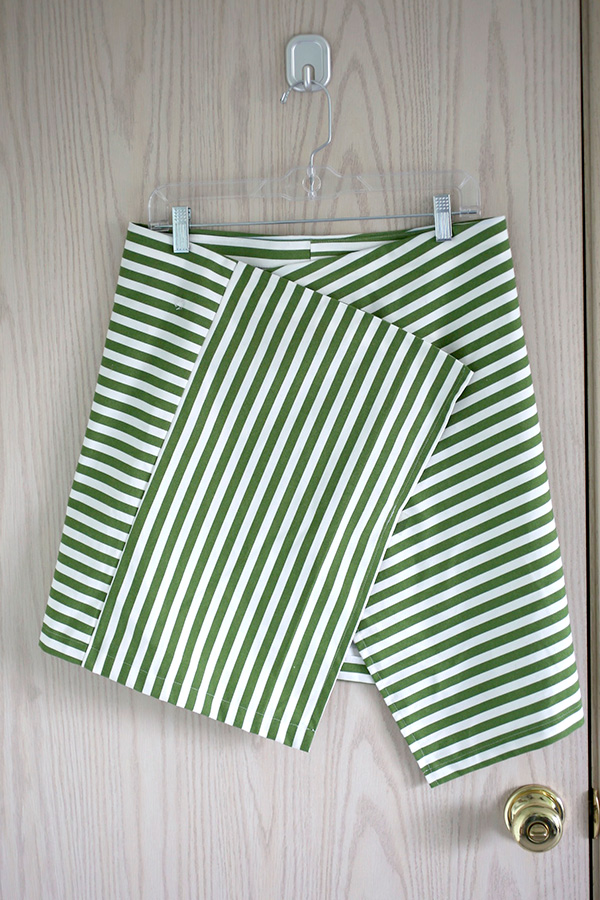 This type of wrap skirt is hardly different from a single piece of fabric, wrapped around your waist like a simple toga-cloth, but you can add a few details to make it looked more finished and less like a scrap from the fabric store.  Add a small bit of tailoring so it sits better, and an adjustable closure to allow movement, and you have a versatile bottom that is ready to usher in Spring.  Here’s how:

END_OF_DOCUMENT_TOKEN_TO_BE_REPLACED 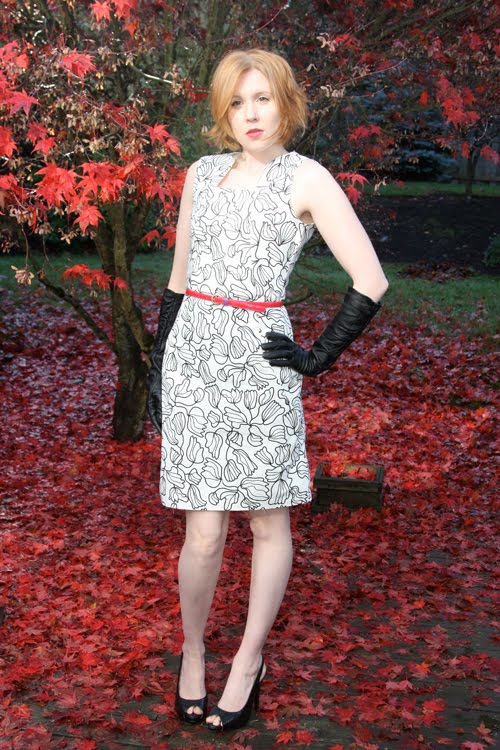 One of the things that we were so psyched about when we moved from Honolulu to Oregon 2 years ago was…drumroll please….

Ikea within driving distance.
Yes, I know it’s sad and bourgeosie. Or strident middle-class desperation. Whatever. In Hawaii, the furniture available at most furniture stores is utter crap and ridiculously, ridiculously overpriced. And either teak (endangered…weighing a thousand pounds…um, no thanks) or wicker (infested with bugs, “island-style casual”…blech.) Nothing modern, nothing clean and streamlined…unless we wanted to pay thousands of dollars at Natuzzi or Z Design or somewhere. We lived in a beautiful condominium with cardboard boxes and junky mismatched stuff from Wal-Mart and cabinets from Home Depot.

Until we came to Oregon, finally visited Ikea, and were in heaven. Seriously, for the amount that you have to pay to furnish a home beautifully in a contemporary style in the islands…it would be cheaper to fly to the mainland, stock up at Ikea, and ship everything to Hawaii instead! Ikea could even raise their prices by 20% and still undercut what’s available in Honolulu by hundreds of dollars. Ikea people, take note!

But I digress. I love the textile patterns available in their fabric department; they’re so cool, so clean and uncomplicated. I must admit I went on a bit of a spree in the textiles department, picking myself up 2 yds of Patricia printed fabric last time I visited the mecca of Swedish design watered down for the average consumer palate. 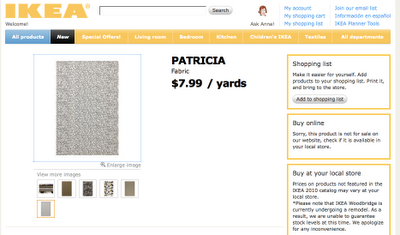 And I made myself a dress.

The fabric is stiff and 100% cotton, so it doesn’t lend itself well to anything but structured clothing, IMHO. I had to line the dress in poly satin since the fabric is really too rough to sit against the skin.

I wanted structured sheath dress with a little twist, so I chose Vogue pattern V1068 (dress on upper left). I had to make multiple alterations on the dress once made since of course the top part didn’t fit like the pattern said it would. I hate store-bought patterns. I thought the neckline was a little bit interesting. Not earth-shattering, but interesting. 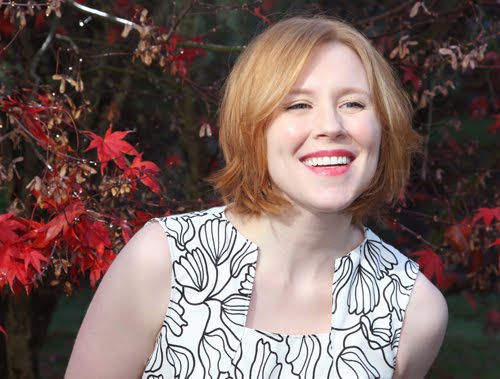 This is why i.d. Bare Minerals is a travesty for my skin. It settles into all the fine lines around my eyes and makes me look like a perfectly lovely 60-year-old when I laugh.

I’m also working on a little removable puff-peplum for this dress…it won’t be done before the leaves start to decay, so I wanted to get these shots first. And a clutch handbag where I’m shading in the flowers with a fabric marker in various tones of gray…should be cool.

I’ve left the garden in this atrocious state for more than a week, reasoning that I wanted to do a photoshoot on top of all those beautiful Japanese Maple leaves before I rake them up. That’s my story and I’m sticking with it. 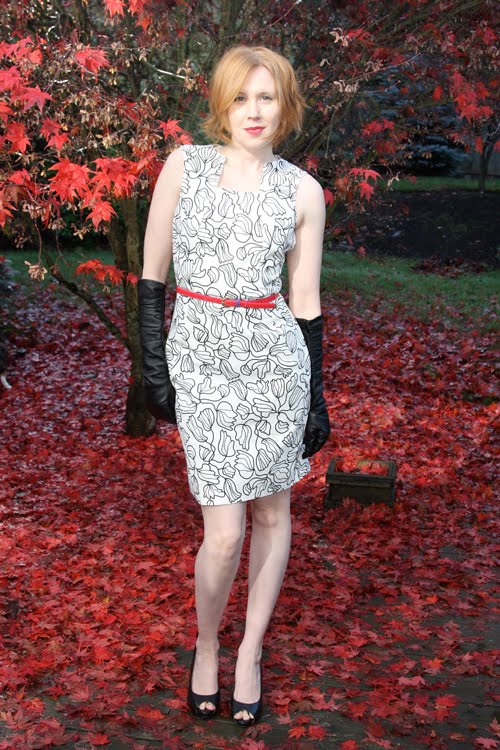 I had a little Marilyn Monroe moment there with the elbow-length gloves…from Target, can you believe it?!

Now I’m off to rake me some leaves!