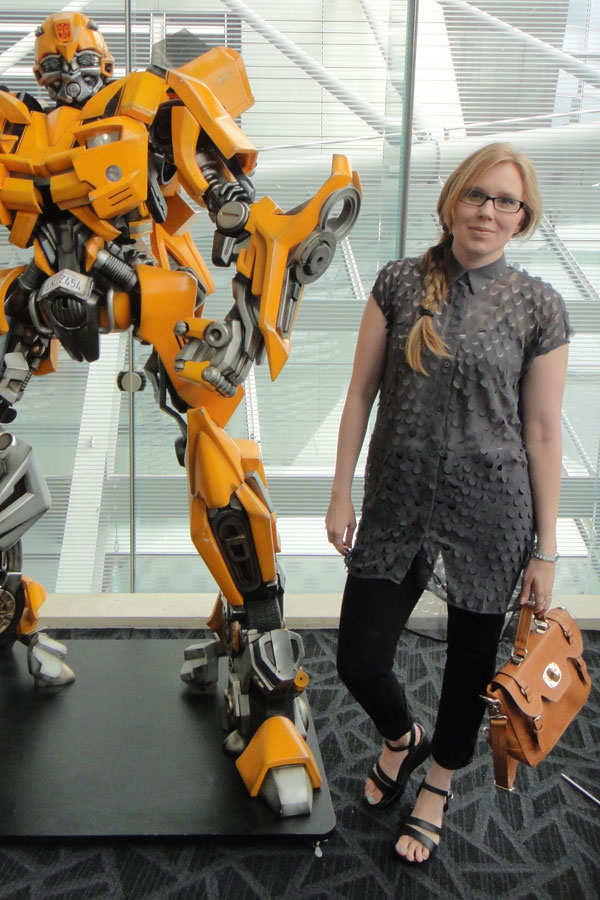 One of the last outfits I wore while in Japan. 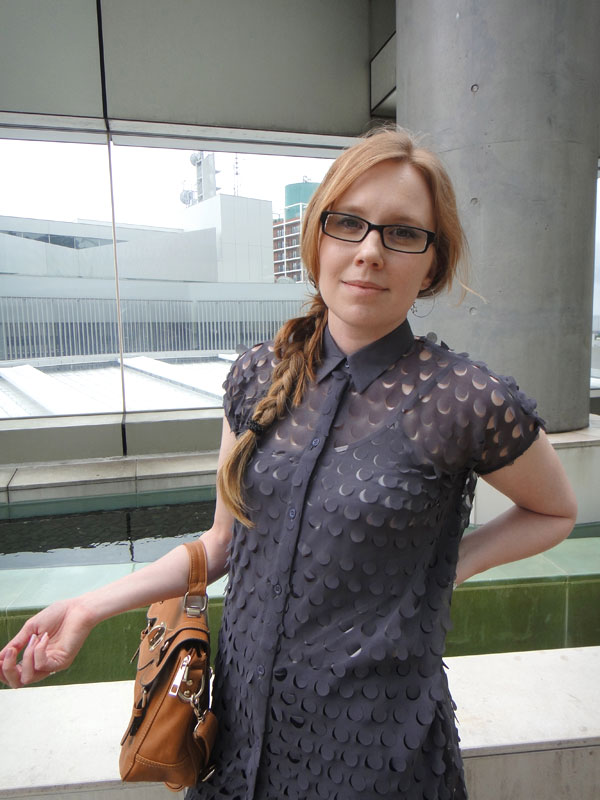 Hub and I went to see the latest and last Harry Potter movie at Roppongi Hills.  The movie theater was a “premium” theater – we reserved our seats before we went ($19 per person for a matinee!!!), and the ticket price included a drink (served in a glass, with ice).  In the theater, the seats were plushy, spacious, and reclined – and in-between the seats was a little lighted table on which to rest drinks etc.  We also got popcorn – which once upon a time Japanese movie theaters didn’t serve at all (I remember from back in the early 90’s)…the popcorn was half-caramel; half salt.  Of course the salted side couldn’t hold a candle to the extra butter movie popcorn in the U.S!! 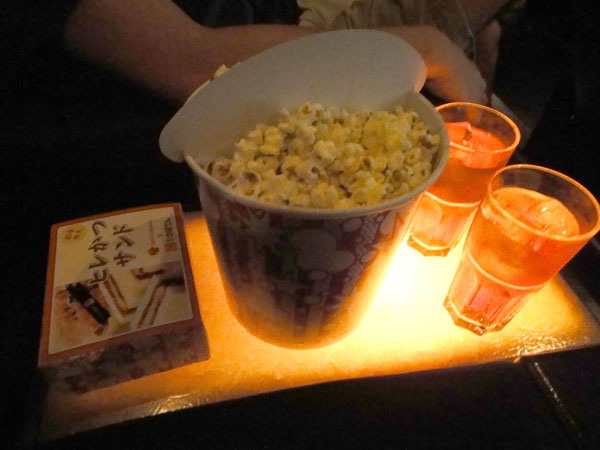 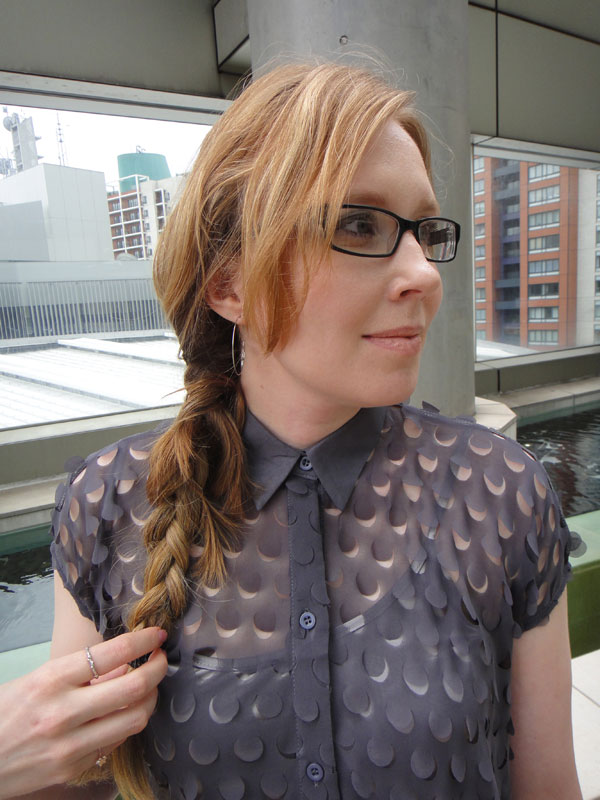 They also had a 6-foot tall replica of Bumblebee from Transformers 3 in the lobby, so I availed myself of it to take photos.  Hub kept telling me to hurry up.  (As an aside, I was kind of shocked how in Transformers 1 and 2 the “good guys” had terrible potty mouths and let loose strings of epithets throughout the movie!!  Their language was worse than that of the “bad guys” and I was thoroughly regretting letting my 5-year old see those movies.  What happened to the “clean”, FCC-compliant Transformers of the 80’s??  Did the movie execs who okayed this decide that the kids of today prefer nasty language and the good guys seem cooler with addition of 4-letter words??  And don’t even get me started on Cars 2. (see below))

WARNING: If you have a child under the age of 10 who worships the Cars characters, do not, I repeat, DO NOT take them to see Cars 2 before reading what parents are saying on the Internet!!!  Seriously.  I had my jaw on the floor for most of this movie.  It was originally rated PG, and then just before it went to theaters the rating was changed to G (hmmm, I wonder why?? *coughcough Disney’sdeeppockets *coughcough*)  It is absolutely not appropriate for all ages despite the G rating (I seriously thought it was a typo when I re-examined my ticket after the movie) – the amount of times you hear the words “death” and “kill;”  the number of guns (I mean, Mater outfitted with machine guns???); scenes of torture, scenes of cars dying (I didn’t even know they could die!!)…it was absolutely shocking.  The number of parents taking their kids out of the theater throughout the movie, kids crying and screaming at certain scenes…Poor Lil Tot was traumatized by it and is still having nightmares from seeing it last week, and if I can warn even one parent before they subject their child to this movie unknowingly…  Yikes.  John Lasseter has lost his mind, is all I could think.

Okay, rant over.:-)  Amazingly, for the Harry Potter movie (which was a completely satisfying, albeit a little too short, end to the whole series) I realized everything I was wearing (with the exception of my glasses) was bought in Japan.  (The glasses aren’t for show; at the movies – especially for movies with subtitles – they’re absolutely necessary or else everything looks fuzzy!!  My eyesight is deteriorating due to long hours at the computer.;-) 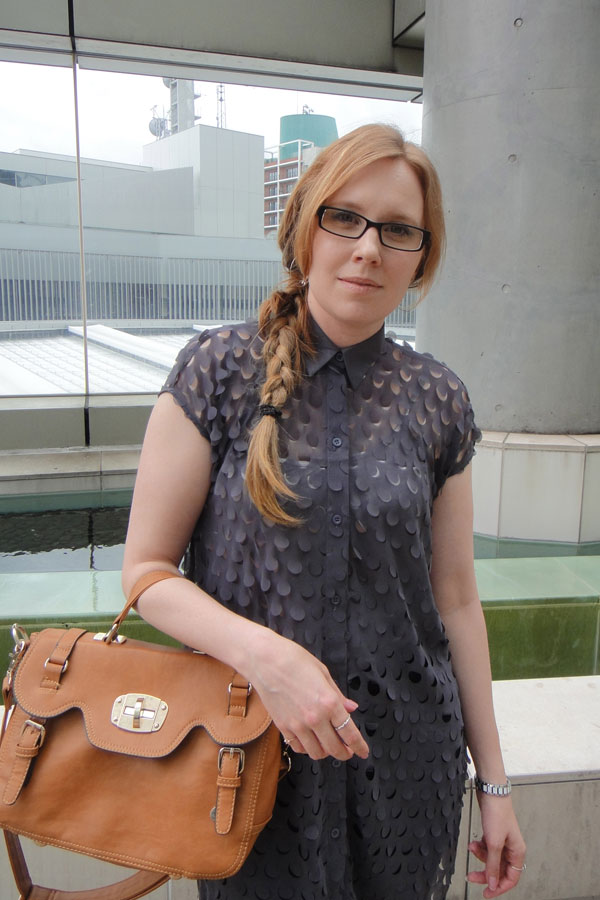 I fell in love with this top when I saw it in a store – I thought the puncturing, like Swiss Cheese – a really innovative fabric treatment.  I guess whatever it was done with was heated; the silk around the puncture edges is slightly rough, and tends to catch on things.  The armhole are a little tight on my upper arms; I think I’ll have to do some alterations on it if I can. 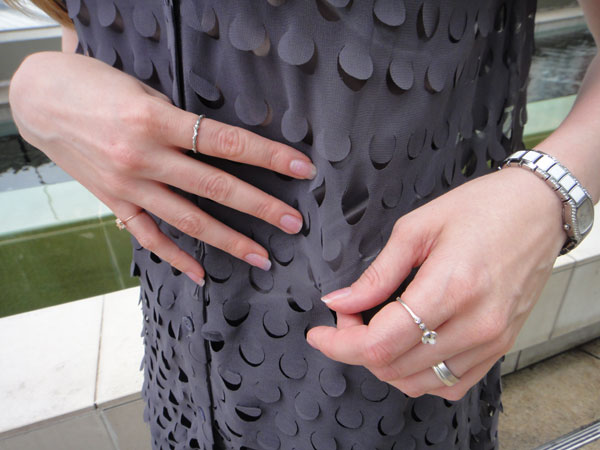 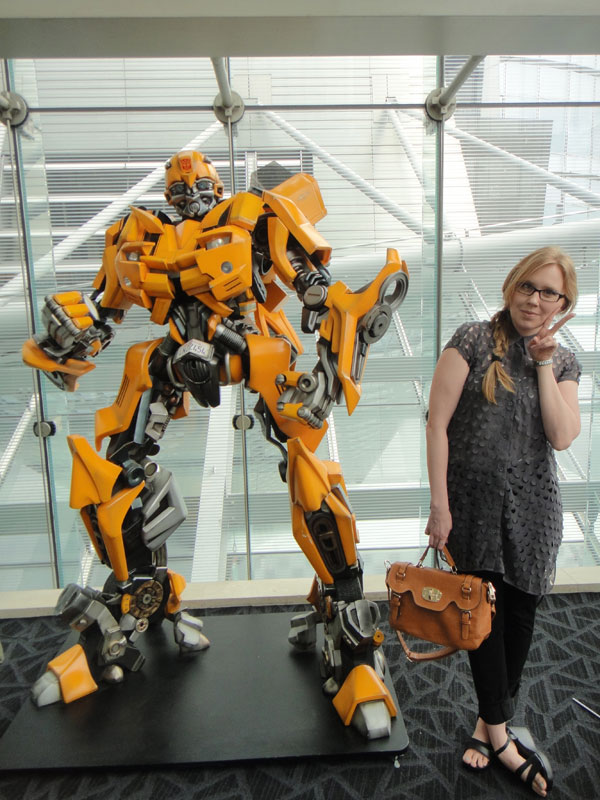 Ack, get a Film major started on movie critiques and it never ends.;-)

Hope everyone’s having a great weekend!

Okay...So I Caved...
Dreaming of Brights for Spring 2011
Lucky FABB 2013 Event Recap and My Trip to New York City
DIY Your Own Christian Louboutin-style Pumps with a little paint!