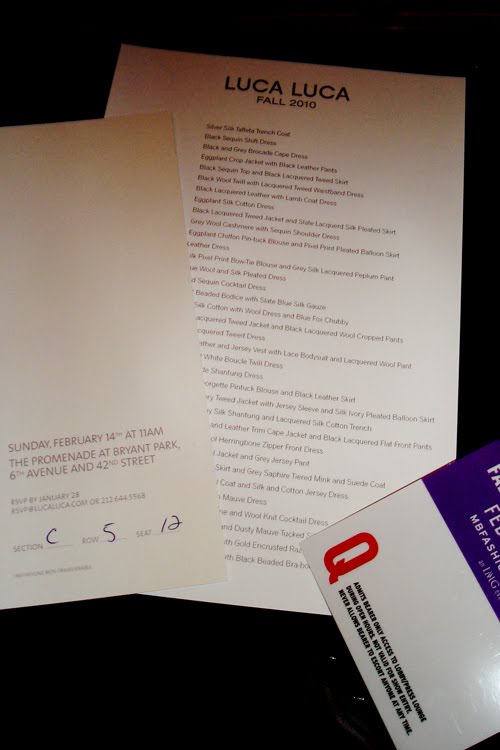 My seating assignment, the Run of Show, and my Press Pass to the Tents.

From the press release: “Melgoza’s design aesthetic is rooted in classicism, yet his vision incorporates the ever-changing role of women in society.  His design philosophy is to transcend seasons and trends to accomplish clothing that can be worn for a lifetime.  The brand has expanded the distributon of its collection from freestanding boutiques in major US cities to international markets such as Europe, Russia, and the Middle East.” 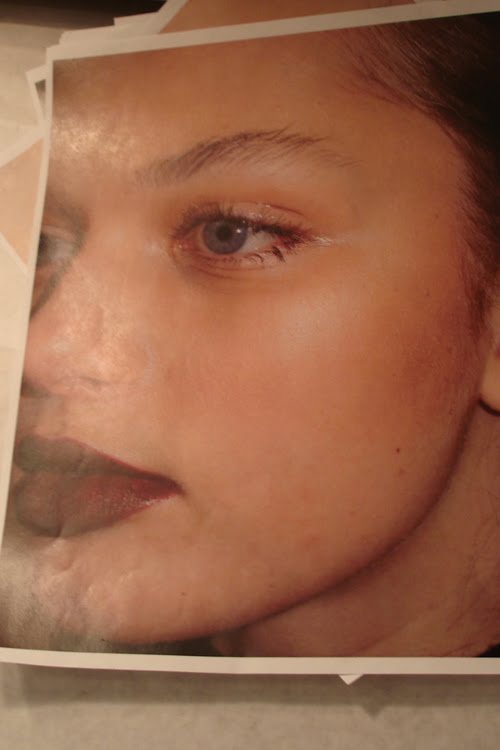 The makeup look for the show.

A shot of the makeup table.

A favorite of celebrities and socialites alike, Luca Luca was founded in 1992 by Luca Orlandi.  (Tinsley Mortimer -looking rail-thin – was in attendance, as well as former American Idol finalist Constantine Maroulis, and a member of the Real Housewives of NYC who I loathe so intensely I refuse to type her name and give her any more press.) 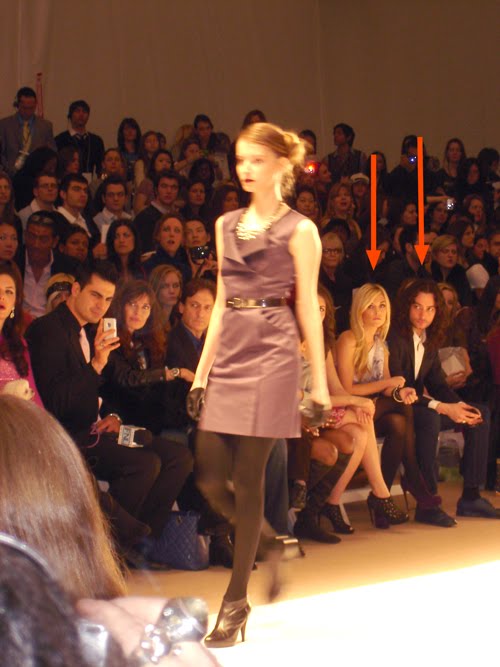 Plus this lady whose name totally escapes me right now…can anyone help me out?

“Melgoza’s new collection is inspired by the sculpture and contour of architecture and embodies the juxtaposition of polar opposites.  With the collection, he harmonoiusly combines opposing elements – masculine and feminine, structure and fluidity, soft and corase, dense and sheer, matte and shiny.”

With jewelry by Dannijo (interview coming up soon!, it was destined to be quite a show of sophisticated luxe.  And it truly did not disappoint…see below:

Watch the video of the show here:

I also had the wonderful opportunity to interview Creative Director Raul Melgoza, appointed in 2008 by founder Luca Orlandi.  Originally from Italy but raised in L.A., Melgoza is a Parsons graduate, and joined the company in 2005.  He cites Tim Gunn as a mentor, says he is in love with the seasons (that’s why he loves New York); and was inspired by beautiful buildings, sculpture, and the architecture of Frank Gehry in the creation of this collection.  Utilizing clean lines that focus the eye on the silhouette, Melgoza combined fabrics in a palette of steel blue, midnight, dusty rose, and metalic-infused fabrics of antique silver, bronze, and charcoal.silver, liquid gold with silver undertones to create chic, wearable pieces.

Listen to the interview below:

Transcription of the interview:
Carly J. Cais: Did you always know you wanted to be a designer?
Raul Melgoza: Actually, you know, I did not…it’s funny because  I was always inspired and drawn to things that were beautiful, but it wasn’t necessarily just clothing it was music, it was homes, travel – I had an innate sensibility for what was amazing; what was artistic…so having said that I never grew up drawing; nobody in my family sewed.  So I actually got an undergraduate degree in finance and it was during those years that having a marketing course really opened my eyes to the possibility of merging commerce and art, so that was when i decided I’m attending parsons, so I moved from L.A. and Parsons was really my first experience with any kind of schooling in the arts.

CJC: How old were you at the time?
RM: I was twenty-five.  I had done my undergrad, I had actually worked a couple years in the Treasury Department, totally a corporate career.  It has helped me a lot as a Creative Director to understand that it has to be more than just a 10-minute show that people watch, it has to have a sell-through if I want to have a job.

CJC: Have you adjusted your strategies at all given the recent economic difficulties?
RM: We’re working obviously on being a little more sensitive, if your going to bead something then perhaps not get so crazy with very elaborate construction because at the end of the day it’s going to be a ten-thousand, fifteen-thousand-dollar piece, and yes it’s beautiful, but we also want to have a few more so that people see it.  So if you’re creating things that are unattainable, you’re almost defeating your objective: which is to be out there and be part of the wardrobe of as many people as you can.


CJC: Makes sense.  But in lieu of that, are there any specific embellishments or deisgn elements or fabrics that you really loved working with and want to talk about?
RM: Oh yeah, in this collection you’ll see some amazing, amazing fabrics.  There’s a lot of wools and tweeds that have a lacquered finish to give it a modern, it doesn’t look like an older woman…everything has a bit of a gloss, there’s lacquered wools, there’s modern cuts on fur, and an overall shorter, flirtier silhouette.


CJC: So what do you want Luca Luca to embody or encompass in one phrase?
RM: I think Luca Luca shoold stand for timeless, modern clothes. 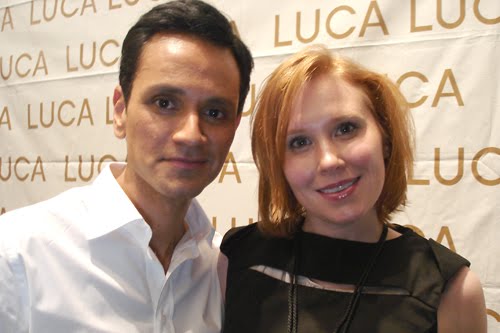 An incredibly well-spoken and intelligent man – and I loved the shiny sheaths – ESPECIALLY the slate blue -part-pleated dress, which is calling my name.:-)

What do all of you think of the collection?
xoxox
Carly

All runway photos taken from the front: Getty Images.