Were there any mentions or tributes to Alexander McQueen during fashion week?

Not while I was there. (The first day I attended the shows was Sunday, Feb 14.) As you probably know on Feb. 13 the Fashion for Relief/Haiti show opened with a verbal dedication to him, and closed with 7 of his designs being worn by supermodels and his longtime friend Daphne Guinness, her face swathed in tulle. London Fashion Week started on the 19th with a dedication to him by the Chairman of the British Fashion Council and a tribute wall mounted in the tents. I’m afraid I was not privy to anything during New York Fashion Week – except an issue of The Daily being dedicated to the late designer.
The fashion world seemed to still be reeling from the news during the week of February just after his death.

END_OF_DOCUMENT_TOKEN_TO_BE_REPLACED

In Memory of Alexander McQueen 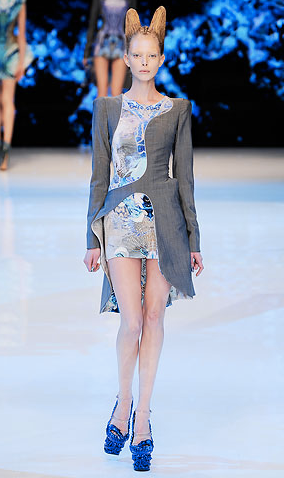 Lee McQueen, designer and founder of the Alexander McQueen brand, was found dead this morning in his home in London.  He was such a visionary and the world of fashion will never be the same.

I am shocked and saddened by this premature loss.  May he rest in peace.