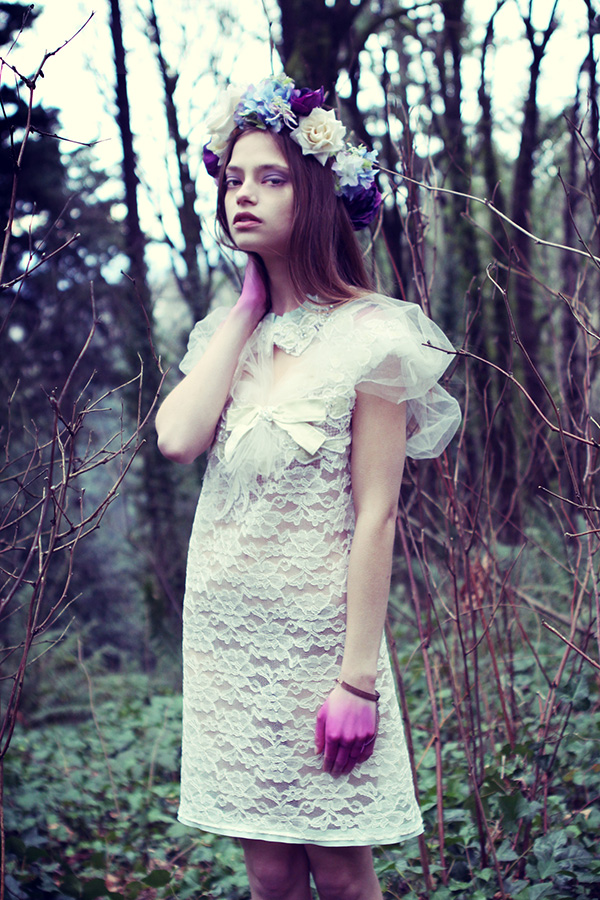 Faded velvet ribbons, Edwardian lace, the beaded applique of a 1920’s dress, aurora borealis rhinestone buttons. Holly’s one-of-a-kind designs begin with her favored raw materials: salvaged antique fabrics and trims. With a career that began by reconstructing vintage garments into wearable pieces, Stalder (along with partner Kate Towers) opened a boutique called Seaplane in 2000, that became a Portland mainstay until it closed in 2008. Since then she moved on to focus on her own eponymous line, opening a new boutique called Haunt with fellow Portland designers Laura Irwin and Rachael Donaldson. The shop is both a retail store and a studio, offering the three designers’ collections and curated picks from other brands. 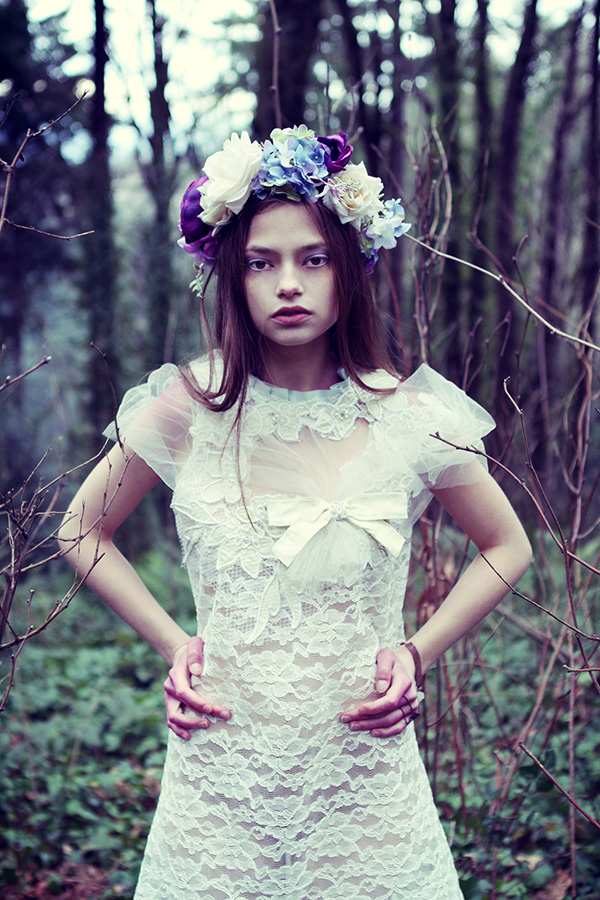