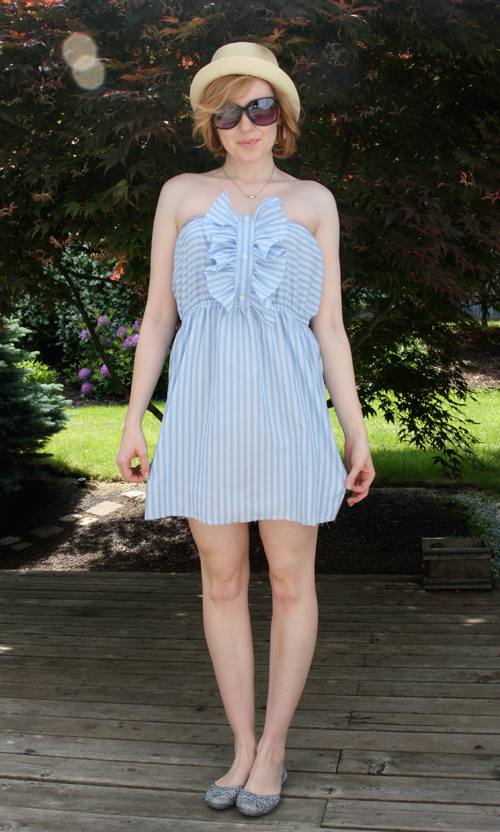 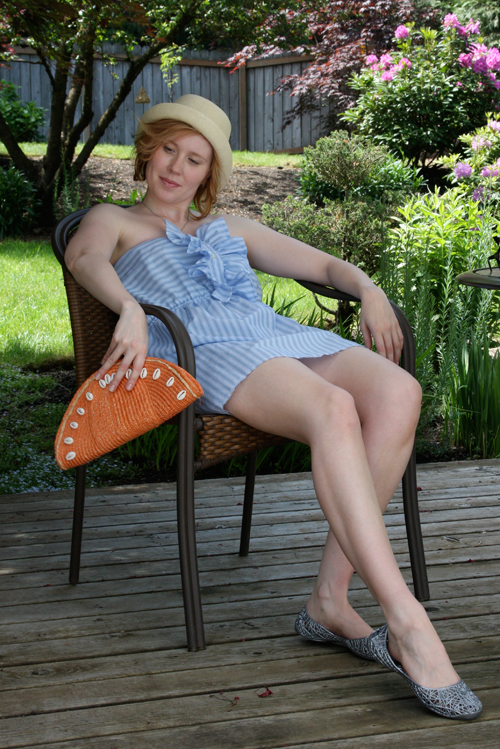 Hub says my new hat makes me look like a Columbian druglord (no offense to druglords intended LOL:-). I made this dress out of an old shirt of Said Detractor…I posted the step-by-step tutorial (along with my crappy illustrations) here. The dress has hidden straps that I can wear tied as a halter, tucked down and hidden, or as regular spaghetti straps. 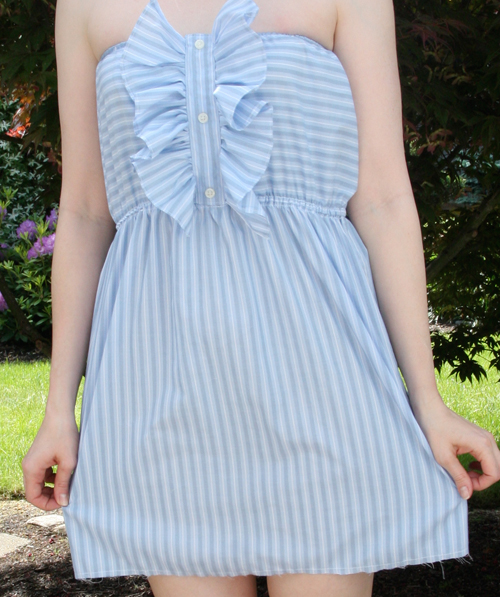 The clutch I bought on Ebay after I had seen a similarly shell-adorned Lulu Guinness clutch (above) at Neiman Marcus…it was on sale for $75 I think, but I didn’t buying it and ended up kicking myself for awhile…so I bought a half-moon straw clutch on Ebay (turned out a little more orange than I expected, haha) and sewed on some little conch shells and added a raffia tie to the zipper pull, as well as some raffia braid around the edge of the bag. I kind of like how it turned out, even though it is Oompa-Loompa-colored!! LOL. 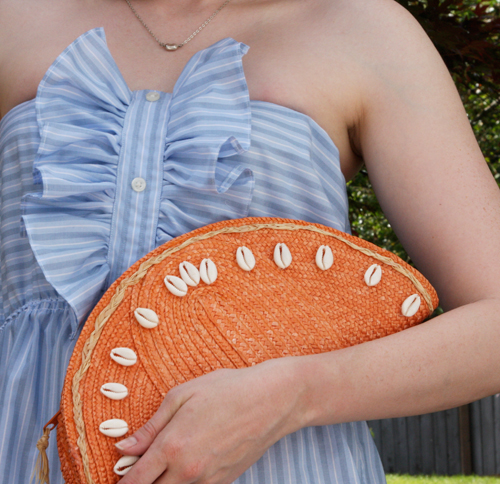 The necklace I’m wearing is my DIY version of the Elsa Peretti Tiffany Bean Necklace…I couldn’t justify spending the $95 for the real one (I am such a cheapskate!!) so I formed one out of Art Clay Silver and fired it. (If you haven’t heard of Art Clay Silver, it’s the precursor to Precious Metal Clay that’s available more widely in the U.S…you can mold it like clay but then when you fire it over a gas burner or with a little creme brulee kitchen torch (or in a mini-kiln…sure we all have one of those, don’t we???) the paper binder and water is burned off and you’re left with 99.7% pure silver. So you can make pendants, silver components for jewelry, rings, and even small sculptures. It’s really easy to work with and the results are beautiful. Gordon K. Uyehara is an Art Clay Silver artist I adore (happens to be from Hawaii); his work is spectacular – you can view it at this link if you’re interested. If you guys are interested in the DIY tutorial for ACS stuff, I’ll definitely put it up, just let me know! 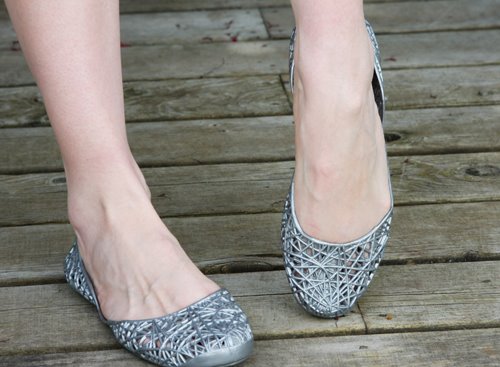 And remember jelly flats? I has a pair of them when I was 7 that I wore for 3 months straight until they literally fell to pieces. Well they’ve come back in style again, and some brands are offering styles for adults…so I opted for this spiderwebby-looking pair (that was $7 from my local Fred Meyer – shhh! Don’t tell anyone:-) They’re the spitting image of the Melissa Compana Corallo Jelly Ballet Flats (sold at Saks 5th for $60 hahaha)…and they’re so cheap they don’t even have a brand imprinted on their soles. Love at first sight!