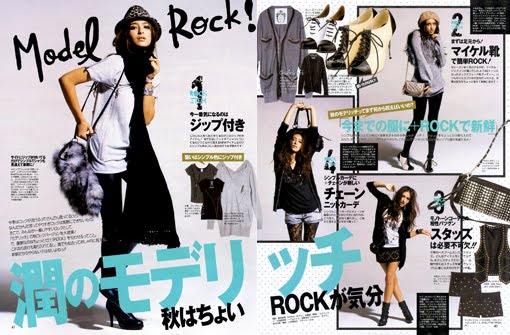 Ah, how I love Vivi. It shares a soft place in my heart – just about tying with Lucky Magazine for #1. I’ve been buying Vivi since 1998, at least (before that, it was CanCam – utter child’s play compared to what this mag has to offer).

Vivi showcases glamazon models (usually half-Japanese or with “exotic,” somewhat foreign features) – and is crammed – literally *brimming* with fashionable finds. It’s sexy, edgy, and skirting the current trends in Japan – when an item appears in this magazine, it literally sells out in a day at the stores. Compared to American magazines, Japanese mags aimed at the misses’ market definitely cram more items per page – it’s less about the art of a single fashion spread – and more about rampant consumerism – buy, buy, buy!! Where to get it, how much it is, etc. The size of Japanese mag is larger than the standard American, both in page measurements (think W Magazine-size), and in sheer number of pages (a 500-600-page mag is usual, every month!). And the number of products featured! Clothing, accessories, make-up! I could go on and on. Far fewer single-page advertisements, no perfume inserts…and the ads are incorporated in the photo shoots – like for the latest diet shake, for example. Sheer, uninterrupted, consumerist bliss. Since I’m being lazy today laid up with a 101-degree fever and the creaky, achy joints of Frankenstein (courtesy of my son and the cold he brought home from school), here’s a couple screengrabs off the Vivi website: 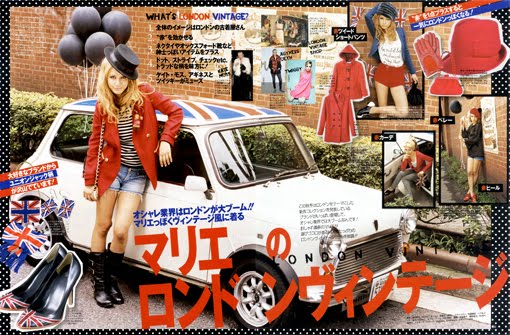 On first glance, everything looks like a jumbled mess but it’s such a feast for the eyes. 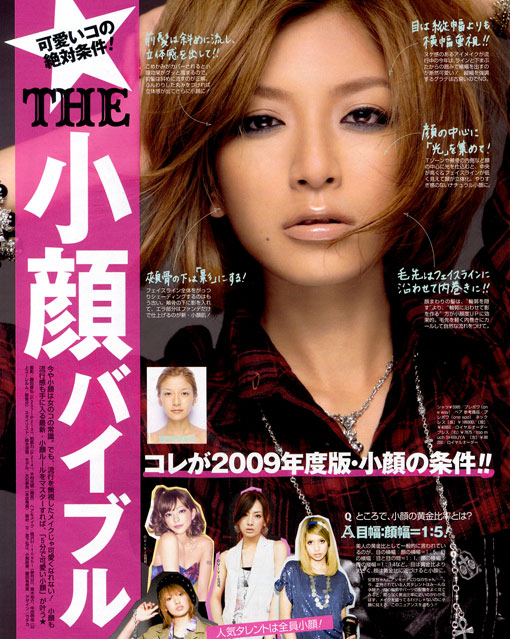 Japanese women are obsessed with trying to make their faces look smaller. They are convinced that proportionally Asians have too-large heads for their bodies compared with Westerners (it’s actually kinda true, if you learned that whole 8-heads fashion-sketching thing back in school and compare Japanese bodies with Westerners). So in magazines there are tons of articles on how to do your makeup, what hairstyles are appropriate, poses to use for photographs, and new plastic surgery techniques for making the face appear smaller (heard of Botox injections in both sides of the jaw? *Extremely* popular in the Far East)…all in pursuit of having a smaller face. Though in my mind, even if your face is small, if your head is still large you’re kinda screwed either way. There’s no plastic surgery for an overly-large head…not yet, anyway, or I would have tried to have it! LOL

Sweet and cutesy; the Japanese are so good at that…even well into adulthood. 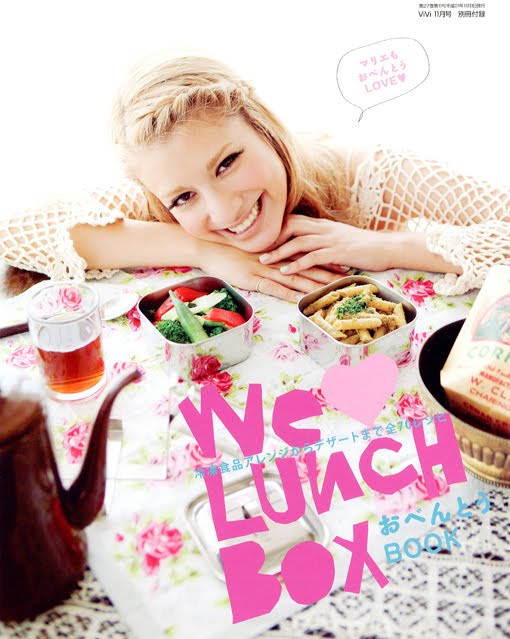 It also tries to show the models as “real people” who make their own box lunches, decorate their own rooms, walk their own dogs….Hey, it’s Japan; it’s probably far more likely than super-successful models in the U.S.

Can you believe the November issue comes out in the third week of September??? Talk about lead-time! Of course, it won’t be available at my local Kinokuniya until Oct. 15 or some rubbish.

If you have the chance, definitely check it out at your local Japanese bookstore – it’s total escapism…and always showcases some great clothing or accessories that are utterly DIY-able.