“Preppy With a Pop”

From the PR company:
“The Fall 2010 collection retrofits Tommy Hilfiger’s preppy heritage from 1985 for a dynamic new decade.  All-American sportswear that is uncontrived and luxurious; casual but refined.  Classics get a cheeky spin as conventional Ivy League looks turn sophisticated.

“The women’s collection is for the rose-cheeked co-ed turned successful entrepreneur who channels a young Katharine Hepburn- East Coast pedigree with a whole lot of sass…The charm is in the mix…Dashing between work and play, she knows that confidence and a little savvy go a long way.”

Classic American sportswear.  Many of these pieces I felt, were a surprise (in a good way!) coming from Tommy Hilfiger, a brand that hasn’t had a lot of good press in recent years.  (Sweatshop accusations; the sale of the company to a private group; lagging sales, etc.)

But what distinguishes this from say, Michael Kors or Ralph Lauren?  (Less luxe, I suppose.)

There’s a bit of unevenness going on, and I would have liked to see a more tightly-edited collection, but still there are some very wearable, covetable pieces in the bunch.  (Silvery-gray gown at the end?  Spangled black jacket?  Yowza!)

Plus, it was the final show at the Bryant Park Tents forever…like as in, final for ever and ever, since Mercedes-Benz Fashion Week will be moving its venue to Lincolm Park come September.  I would have loved to actually be inside and watch the show – but they were way over capacity, and while I was still standing in line to get in they closed the doors.  I did meet a really cool girl with covetable Jil Sander booties while waiting in line – who works as a designer for the brand’s intimates line…and we had a fabulous time talking and bonding over her love of fine cuisine and our shared love of M.A.C. cosmetics.  So I ended up watching the last show of the season on the TV monitors outside the venue.

What do you think of the pieces?

END_OF_DOCUMENT_TOKEN_TO_BE_REPLACED 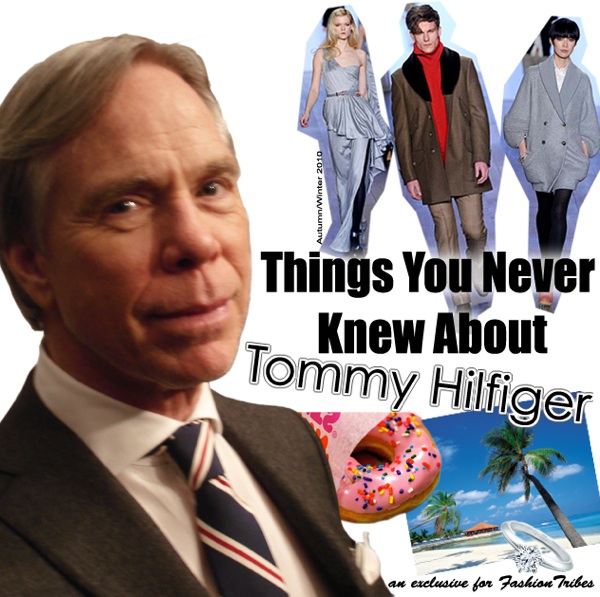 We recently interviewed Tommy Hilfiger backstage at his Fall 2010 show in New York…and found out that he is a true romantic, digs donuts, and can spell!

Listen to the interview below:

Or read the transcript:

Fashiontribes: What’s your philosophy to being successful in life?
Tommy Hilfiger: Never give up. Think positive.

FT: You have 2 minutes to pack – what do you bring?
TH: Jeans, button-down shirt, sneakers.

FT: If you were a type of junk food, what would you be?
TH: A Dunkin’ Donut.


FT: What’s the craziest thing you’ve ever done for love?
TH: Flew my wife from Monaco over here, before we were married – and asked her to marry me!

FT: Adventurous and energetic; selfish and quick-tempered; pioneering and courageous?
TH: I’m not quick-tempered; I’m not that selfish because I share with my family and my children…but all the rest of it, yes.

As written for FashionTribes.com

END_OF_DOCUMENT_TOKEN_TO_BE_REPLACED

The Man Himself [Tommy Hilfiger] 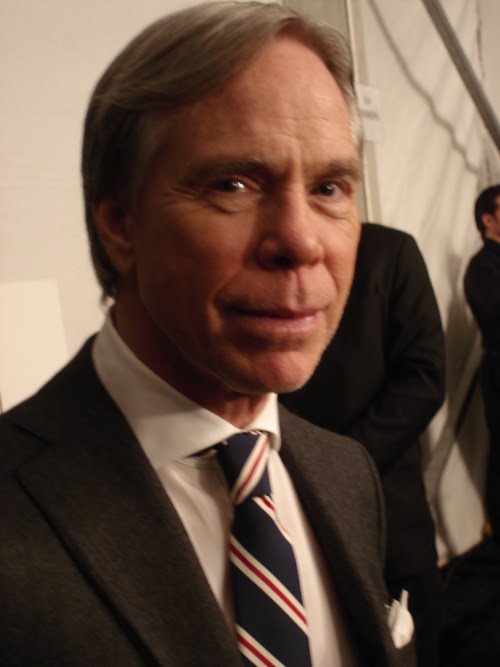 Can you say charisma?  Wow.  Just…wow.  Still gibbering after my one-and-a-half-minute interview with him.  To date, he’s probably the most famous person I’ve interviewed.  I wonder if James Lipton ever feels like this?