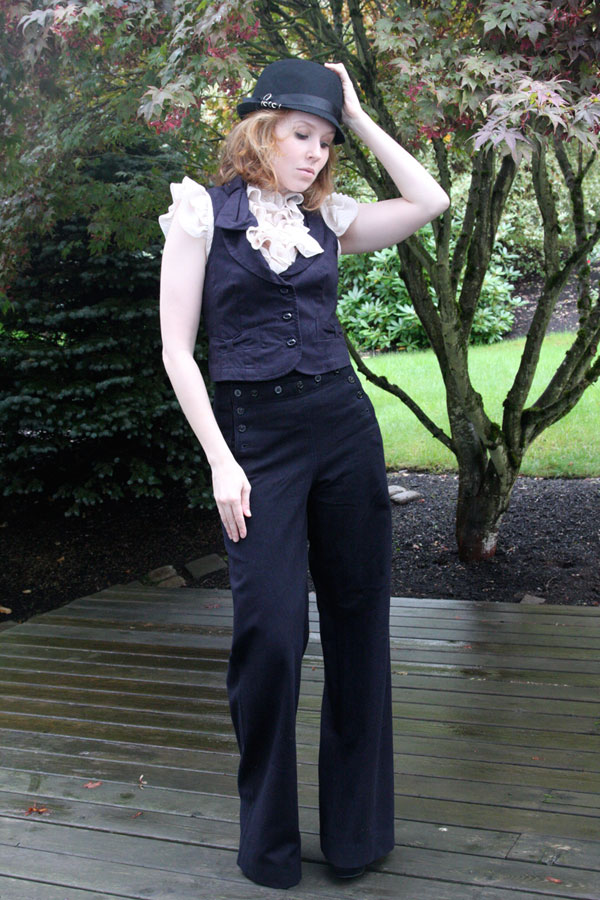 In October of last year I received an email from an editorial assistant at a major U.S. magazine.  I mean, major! They wanted some photos from me, as a style blogger, to illustrate my take on menswear for women, which would potentially run in a small feature in their January 2011 issue.  I was floored and so incredibly honored that they had reached out to me, of all people!!  So I put together some looks, shot some photos, and sent them.  For months afterwards I kept it to myself for the most part…but kept muttering to myself under my breath: “OMG I’m going to be in ______!!!!” And then I squeeeeed a bit.  Okay, I’m still 5 years old in some ways.;-) 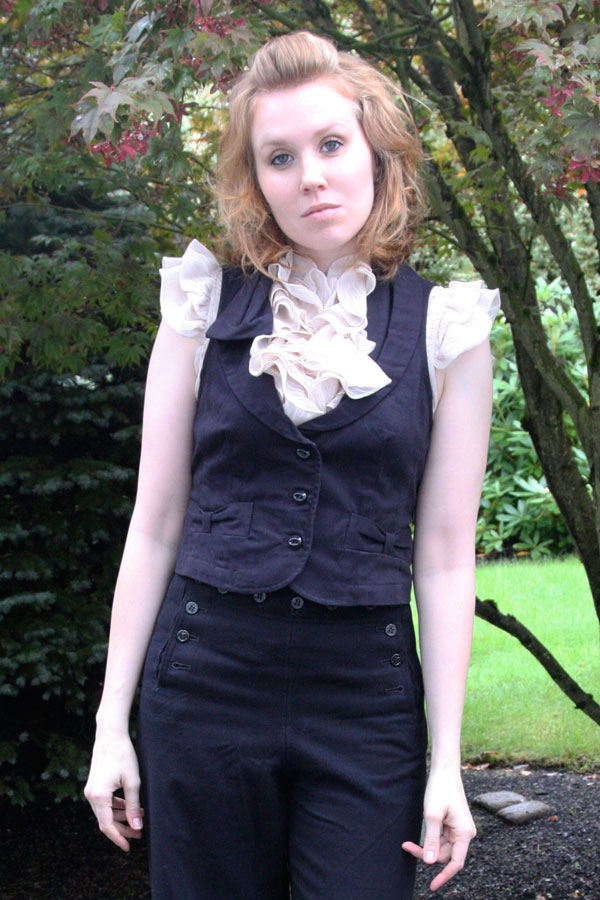 Well, sadly in the January issue they decided not to use any of the photos I sent them.  Bummer.  It happens!  But ohwell, at least I now have a couple neat photos I can share with you! (And a couple of DIY items in there as well…)

Just my ideas of a feminine take on “menswear” (though as I was going back through my photos, I decided to poke some fun at myself and add silly titles).
END_OF_DOCUMENT_TOKEN_TO_BE_REPLACED