I’ve Been Featured on Elle.com Spain! 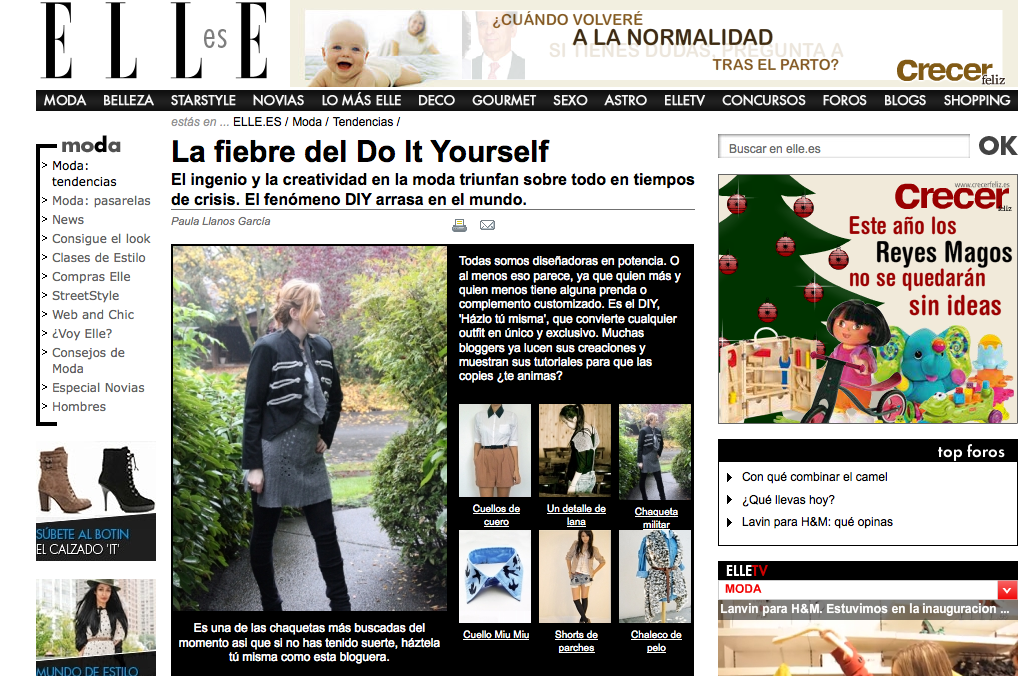 (Or is it Spanish Elle.com?)  Well, I don’t speak Spanish, but what Google Translate is telling me is that the above reads:

“Do It Yourself Fever”
Ingenuity and creativity in fashion trump all in times of crisis.
The DIY phenomenon is sweeping the world.

Featured along with other DIY blogger powerhouses such as …love, Maegan, Park & Cube, behind the seams, A Pair & A Spare, the caption under my photo reads:

It is one of the most sought-after jackets so if you have not been lucky, DIY like this blogger.  Blogger Chic Steals shows you a tutorial.

(At least, I think this is what it says…please let me know if I’m totally off-base!)

The tutorial for my DIY Band Jacket is actually here (it’s not linked correctly above or on the site).

Thanks so much, Elle Spain and Paula Llanos García…I truly appreciate the feature and am so excited to be on your site!!