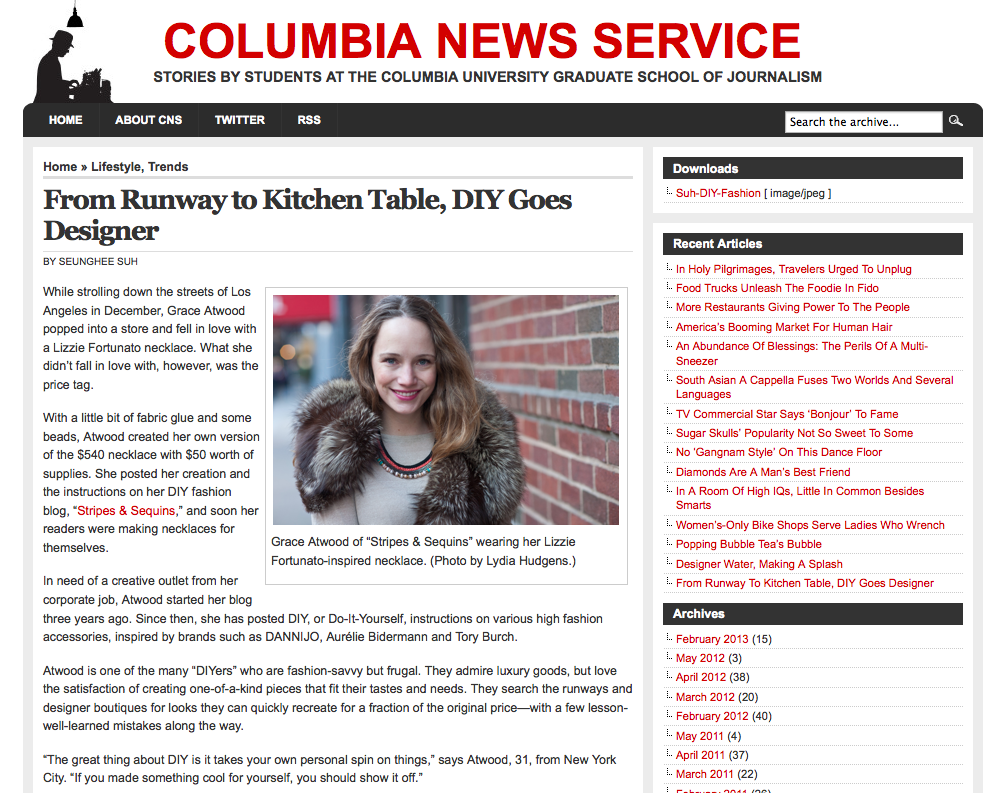 Seunghee Suh did a feature on DIY blogs, including my own, for a story for the Columbia News Service.  I was really flattered to be included (and quoted so extensively!)  alongside such amazing DIYers like Grace of Stripes & Sequins, and Rosie Martin, from DIY Couture!  Check it out below…

Thanks so much for the feature, Seunghee!

In other news, my in-laws have been visiting this past week and I’m still in the process of catching up now that they’ve gone.  I’ll be sharing the tutorial for the DIY Awning Wrap Skirt I featured last week on my blog super-soon, promise!