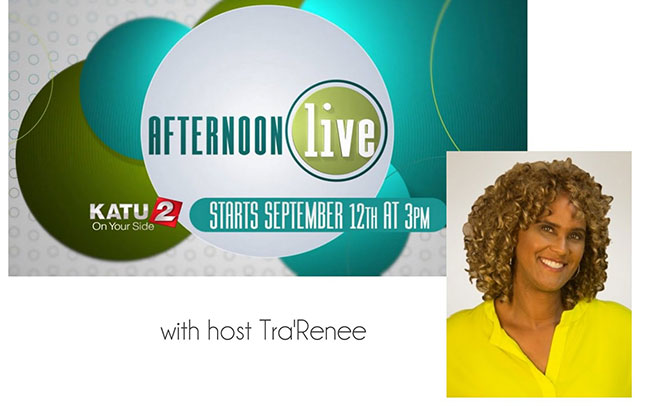 Back in January when I was first on the show they ended up not airing the replay online, which was a bummer. I would have posted it had they did! 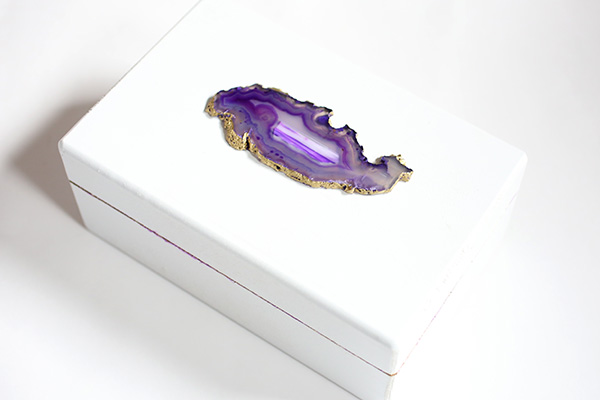 So I’m going to be back tomorrow – this time demonstrating some pretty DIY crystal jewelry boxes you can make yourself. They make great gifts (and would be perfect for a Valentine’s Day gift for that special lady in your ife!)

If you’re in Oregon you can watch it on channel 2 (or 16, depending on your cable provider). If you aren’t in Oregon or don’t have cable you can catch it live here:

Watch on Thursday, February 9 from 3PM-4PM PST for my 5-minute segment with Tra-Renee and see how to make your own chic DIY Gemstone-Topped Jewelry Box!

END_OF_DOCUMENT_TOKEN_TO_BE_REPLACED 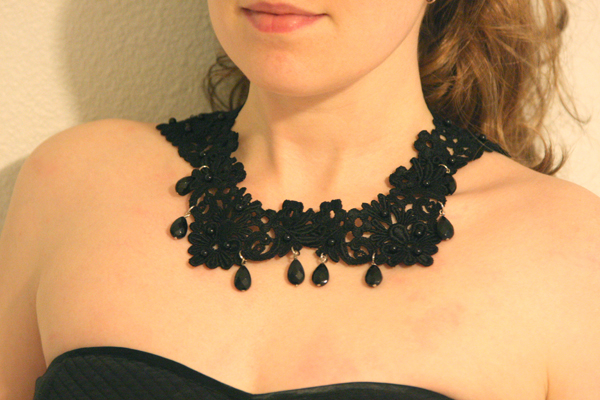 *This is a project I shared in Snippets Magazine: The New York Issue on Cut Out + Keep in 2010, and am re-posting here on my blog. 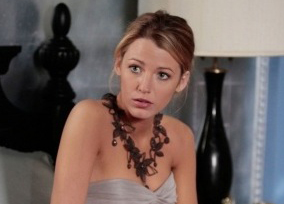 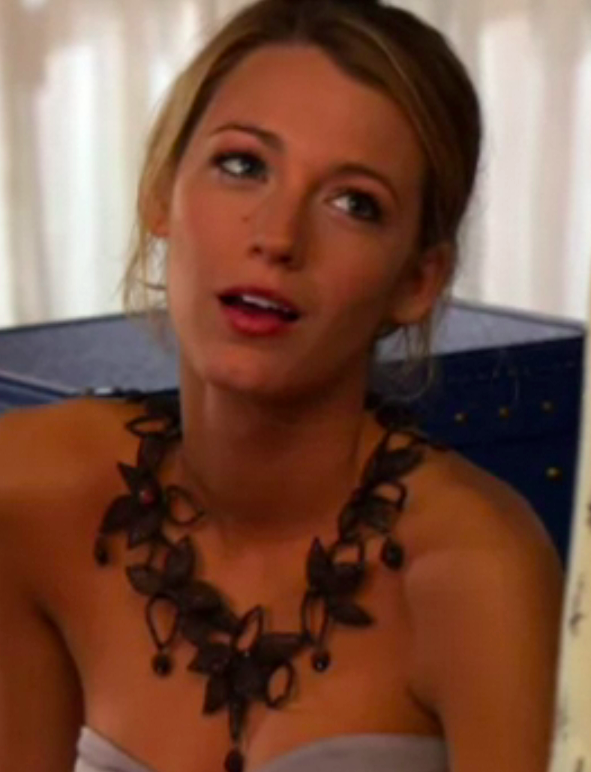 Serena sported this beautiful vintage-style necklace in an early episode of the addictive Gossip Girl TV series. Its charm was its modern take on the beautiful art of crochet – and the delicate balance between darkness and fragility. Plus, with some appliques from the sewing store it’s a cinch to make. Here’s how:
END_OF_DOCUMENT_TOKEN_TO_BE_REPLACED

END_OF_DOCUMENT_TOKEN_TO_BE_REPLACED

Featured in the Associated Press! 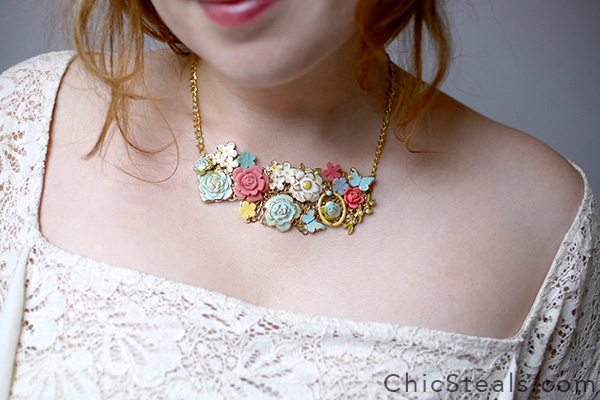 I was contacted by a member of the Associated Press recently to feature my DIY Enamel Spring Flower Bib with Martha Stewart Crafts. It’s a super-fun jewelry project that uses the innovative Martha Stewart crafts Enameling Paints for a beautiful, vintage-inspired look. We had a nice chat over the phone, I sent photos, and then found out that the story posted on a number of news outlets. Here are the links so far: 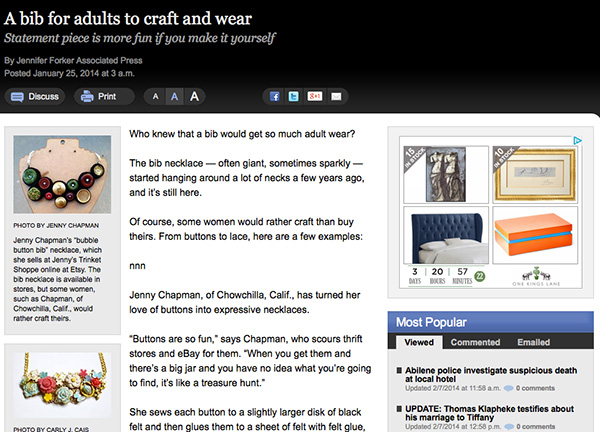 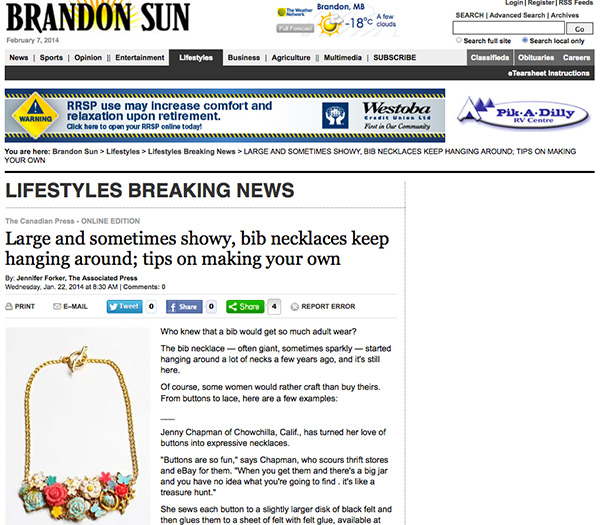 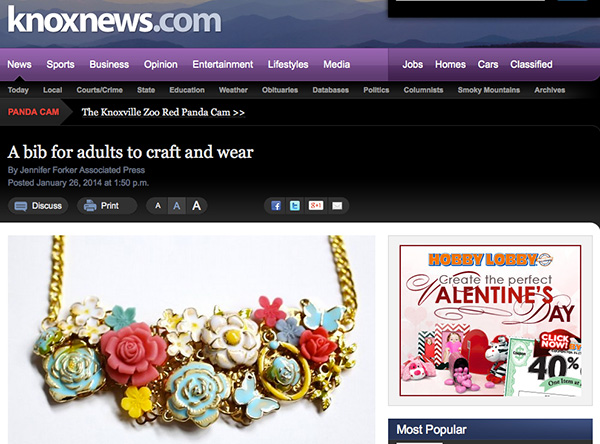 Thank you so much for featuring my bib project!

END_OF_DOCUMENT_TOKEN_TO_BE_REPLACED 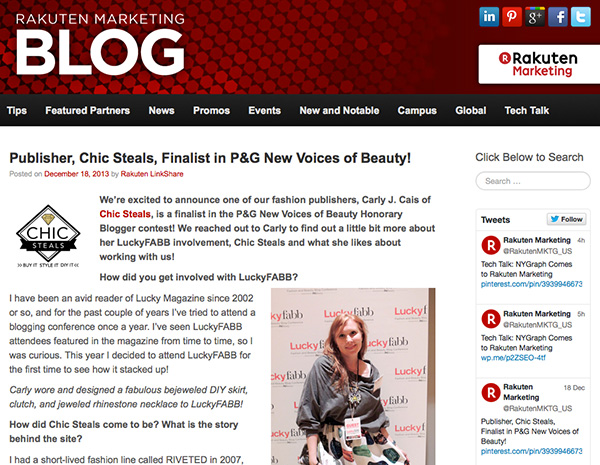 I just wanted to announce I’ve been featured in a little interview over on Rakuten Linkshare‘s blog. I’ve been an advertiser with Rakuten Linkshare for about 4 years now, and I always highly recommend their platform as one of the best out there in affiliate marketing. Check out the interview below and thanks so much for the team over there for the feature!

END_OF_DOCUMENT_TOKEN_TO_BE_REPLACED

I wanted to share that my DIY Gossip Girl-Inspired Mesh Rhinestone Earrings were recently featured in the September 2013 issue of Cosmopolitan India! They ran a feature on DIY Accessories, including projects from me and 4 other amazing DIY bloggers. My “Statement Earrings” led the section – which was such an honor! 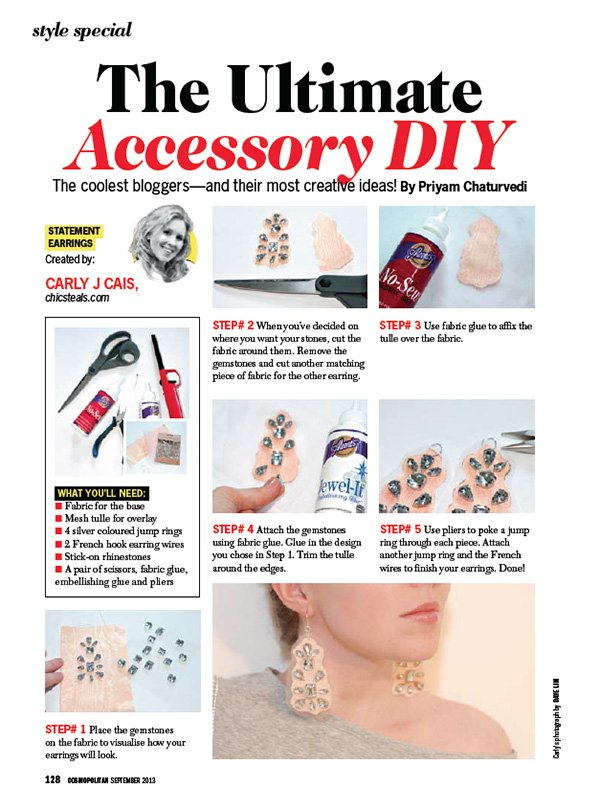 Thanks so much to the team at Cosmopolitan India for the feature!