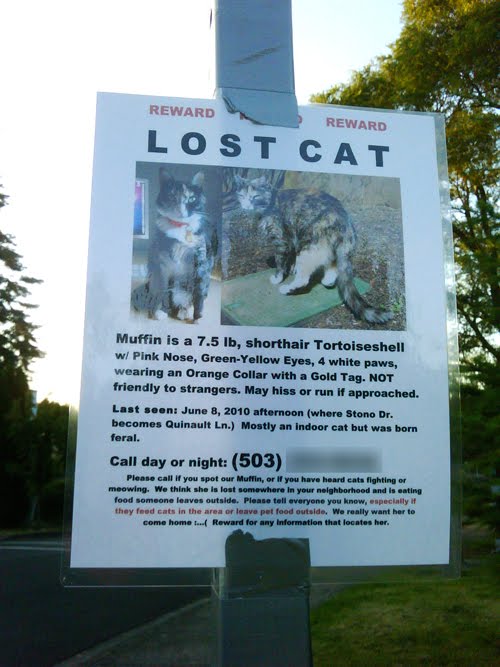 It has now been 3 weeks since Muffin’s disappearance. 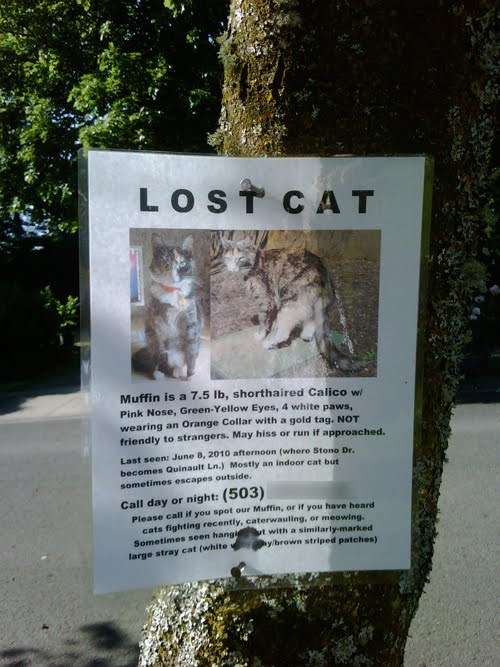 I have put up 90 posters in a 2-mile radius of our house, laminating them all (unrecyclables be damned).  A guy had put up paper posters of his lost Lab on some of the mailboxes I postered; after a rainstorm, the only thing left were mine.  Shows laminating is definitely the way to go.  Poor guy, I hope he found his dog.:-(

I have handed out over 40 flyers to local churches, schools, dogwalkers, joggers, people with strollers, neighbors, and people living on the rural routes.

So far I received not a single phone call from anyone who has seen her.  I have received many calls about neighborhood strays, or “Hey, there’s a cat sitting on that driveway!  It looks just like yours on the poster!” and I get there and the cat is completely GRAY with white feet; or a bunch of neighborhood kids trying to help and showing up at my door swearing up and down they saw A CAT walking across the street “kind of up the road near one of those houses a little while ago.”  I had a promising lead last week with a lady who says she saw a tortoiseshell cat on her porch that she was sure was mine; after many nights staking out the place I caught a glimpse of it and now highly suspect it was her neighbor’s cat from across the street.  I lent her a feral cat trap and asked her to place some food in it and set it; so far, nothing.

People have been very nice trying to help (I’m sure the big REWARD on the posters also helps LOL), but the fact of the matter is that maybe Muffin just doesn’t want to be found just yet.  Every day I spend hours in the nearby neighborhoods, walking or driving around, calling her.  I slept on the floor in front of the deck door in the living room for a week hoping she would come back and meow at the door to be let inside, and I didn’t want to miss it if she came home in the middle of the night.  Raccoons gnoshed on the “kitty buffet” of delicacies I set out on my deck, hoping to lure Muffin back.  Bugs with nasty pincers set up a bug hotel in Hub’s shirt that we put outside in a box, hoping the familiar scent would bring our cat back home. 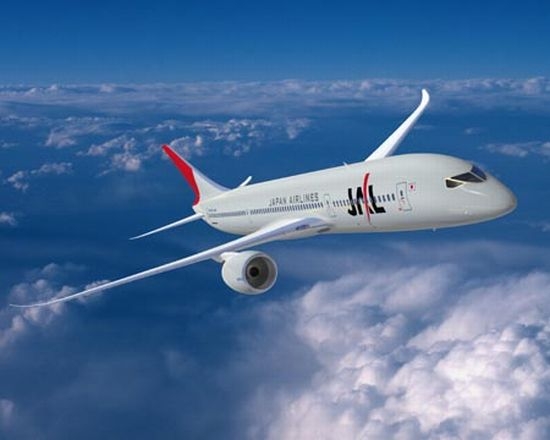 Last last Saturday was the day we were all going to fly to Japan to spend a month with the in-laws.

I ended up cancelling my ticket and staying behind alone (buh-bye a couple hundred dollars), while Hub and Lil Tot flew to Tokyo.  They are having a wonderful time with the relatives, visiting onsen, going to the toy store, and practically cleaning out the convenience stores of all their favorite Japanese snacks and cookies. 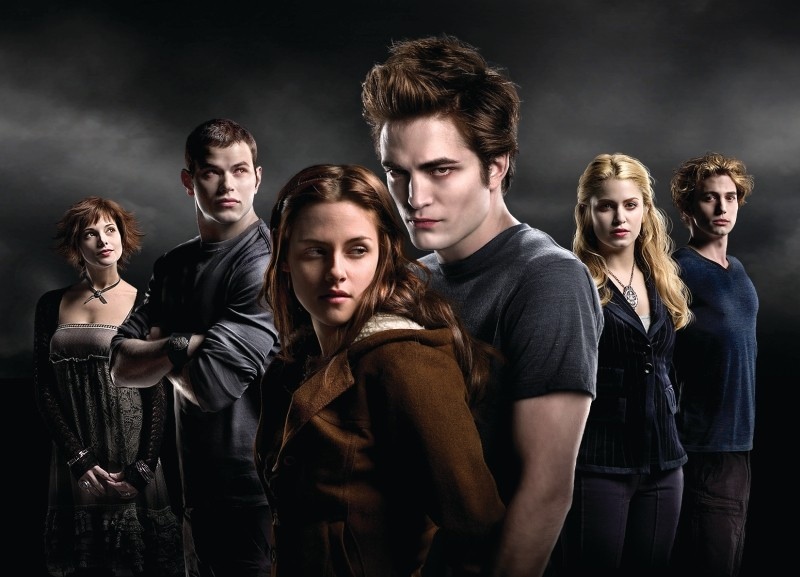 I am meanwhile vacillating between desperately searching for our lost kitty, cleaning up the house, getting caught up on DIY projects (which I haven’t felt much incentive to do unfortunately), moping about, and watching copious amounts of TV.  I finally saw the first Twilight movie the other day.  A whole lotta panning and tracking shots of a bunch of people staring at each other.  Surprisingly disappointing, and the story was hardly fleshed out.  Perhaps there’s more depth in the books.

All I can hope is that Muffin is happily frolicking in the fields nearby, and will come home soon once she gets bored.  I can’t keep imagining all the things that might have happened to her; it’s too stressful.  I console myself by watching Law & Order: SVU…they always find the runaway kid in the end.