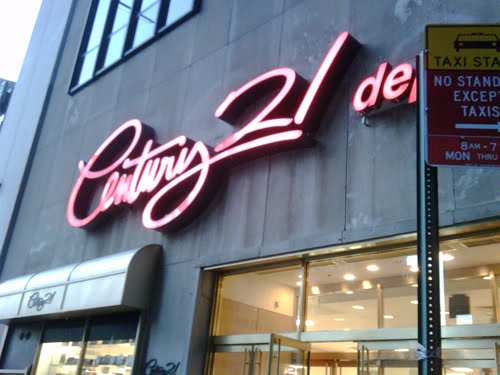 Finally, a chance to visit Century 21!  I hadn’t been able to last year when I was in town, but this year I firmly avowed (on Valentine’s Day, no less) to stop by. 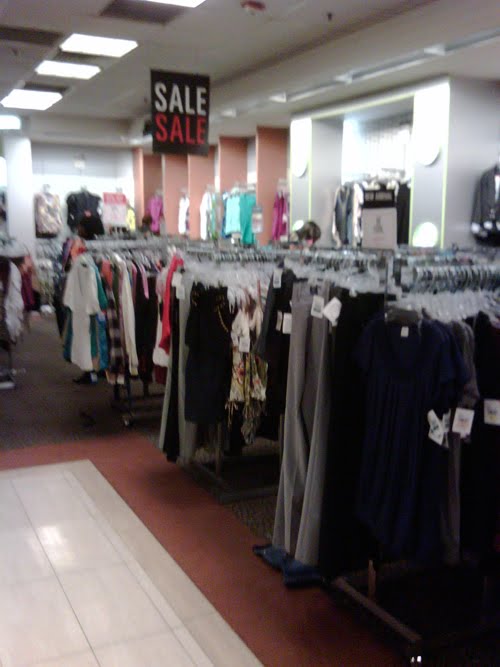 If you’ve never been inside Century 21 – this is what it looks like.

Racks upon racks of clothing, in some areas separated by designer, in some, marked just “Skirts 0-6”, and in some “SALE – European Designers” or something like that.

The jewelry I wasn’t too impressed with.

But you come for the clothing.  And ohmigosh what alot of it!  You literally need hours to sort through everything, and even then there will be racks you’ve overlooked and missed.  There’s so much in the wrong section, on the floor, or two things shoved onto the same hanger – so you’ve really, really got to look.

But when you do – gaspworthy finds. 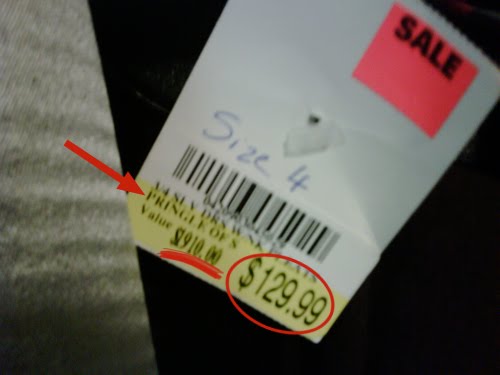 A $1910 Pringle of Scotland nubby silk and brushstroked dress marked down to $129.99????  Swoon. (Sorry I forgot to snap a photo of the dress.  Assured it was amazing.  Now I’m sorry I didn’t buy it…even though the fabric and hem were quite worn and had some damage.) 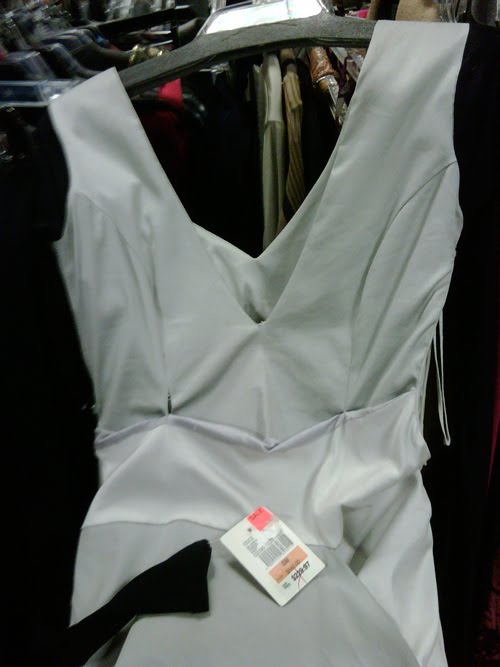 A $640 Iodice dress on sale for $49.99?  (You can see how the bodice has been ripped and pulled in the photo above, which is why it was marked with the red SALE sticker.) 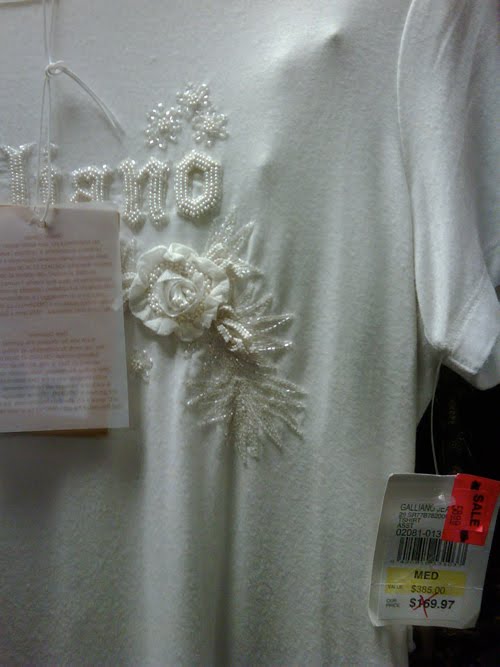 But- a huge caveat to many would-be bargain-hunters: much of the clothing was dirty, torn, or had been trampled.  I agonized over a $355 Vivienne Westwood Red Label puff-sleeve top that had literally been ripped in half, having my friend hold up both sides as I tried it on and tried to determine if I could fix it well-enough to be worn.  It was marked down to $25.99, but considering the significant damage and the fact that fixing it would alter the fit of the body, I demurred.  But it was so hard!  $25.99 for a Vivienne Westwood!!!  (But it was made of fabric that felt cheaper and more flimsy than the worst Forever21 piece…so common sense dictated letting it go.)

After only about 20 minutes of browsing, what with the people, the noise, the crowds, etc. I started to feel light-headed and had to leave.  I was not feeling physically able to even visit the shoe section, though I saw they had some Vince Camuto booties that I wanted to try on.  Oh well, another time!  One definitely needs stamina to go here!

If you have never gone – definitely put aside at least a couple hours – and some PowerBars! – to fully take in the designer discount awesomeness.

Century 21 (Cortlandt St. store in the Financial District) – map it on Google