Kapiolani to Kalakaua or Keeamoku to Kapolei? 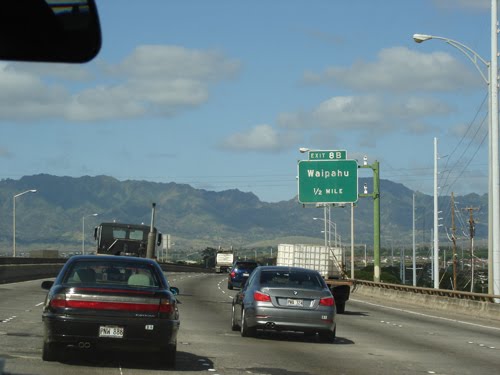 It’s funny how much and how little of the geography here we recall.  How to get from here to there is still a source of contention as Hub refused the map at the rentacar place, insisting he knew Honolulu.  But as we pass street after street, things start coming back.

Both yesterday and today were full of visiting the airport.  Yesterday, twice to the airport to pick up the inlaws, then to the Children’s Discovery Center where we further psychologically-scarred Lil Tot with the exploding organs doll (an 8-ft tall stuffed doll that’s probably been there since the 60’s, kind of resembling Raggedy Andy with blue hair, with a large zipper in his chest.  When you pull open the zipper, the doll’s stuffed organs projectile vomit at you.  Nice for little kids.) 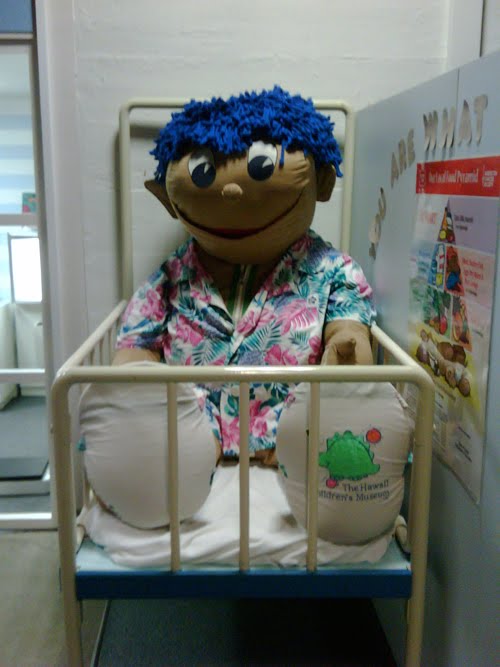 Then to Mariposa for lunch, a delicious pan-island restaurant atop the Neiman Marcus at the Ala Moana Shopping Center.  (We always get full on the starters that the waiters bring: hot popovers with strawberry butter [used to be papaya butter which I thought was better], and a cup of light consomme soup.) I had a salad with island greens, goat cheese, wasabi-crusted pecans, broiled salmon, and papaya vinaigrette, one of my favorites.  I shared the cheesecake with Hub – a whipped cheescake with blood orange gelee, manadarin slices, raspberry coulis, and a coffee crunch crust: I’m not really a cheesecake person but this was pure heaven.  They also have a location in Bellevue, WA if you are ever in that neighborhood. 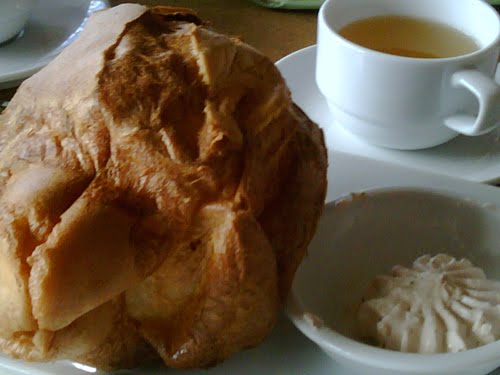 Today we woke up early to got to the wedding that was our primary reason for coming to Hawaii this time.

Hub’s best friend from high school was getting married – and get this, exactly one week before today the travel agent they booked the entire trip and wedding with went bankrupt – and stole their money – $20,000+ of it!  (This is a travel agent based in Japan.)  Since all their friends and family had given the couple money for their travel accommodations, the couple then felt obligated to pay for everyone’s plane and stay that all had to be rebooked last week.  The travel agent had cancelled the wedding plans and reservations and everything – and Hub’s best friend had to rebook everything himself at the last minute.  What an awful start to their life together! 🙁

Anyway, the wedding was held on the North Shore where Hub and I got married (his best friend was in attendance then and liked the ceremony so much he decided to get married at the same place now, 5 years later).  It was pouring with rain on the way up so the ground was soaked, but everyone put on a happy face and tried to make the best of it.  The bride was beautiful, and the groom got all choked up during his speech at the reception where he mentioned the difficulties they’d had in getting to today and all the inconvenience they had caused everyone.  They even presented Lil Tot a toy: a Darth Vader with removable helmet and megalomaniac computerized seat hutch (you’ll have to forgive my lack of words; I’m really, really tired at this point) – which I’m sure Hub will place in the location of honor on his Star Wars shelf at home.  (Don’t ask.) 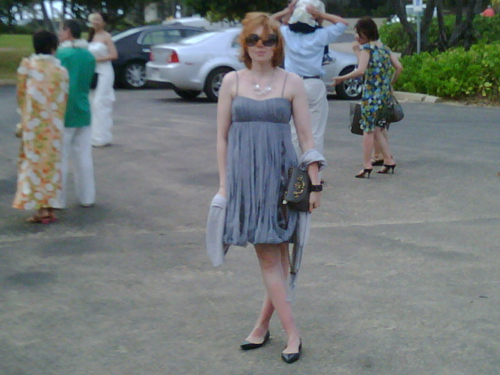 I ripped chiffon strips to make this dress – would have added more had I had the time – and was even tacking them down to the bubble hem in the car on the way to the wedding. (I bought the dress below off-the-shelf and added a layer of ripped chiffon to make it look more unique.)  Hub calls it my “jellyfish” dress. 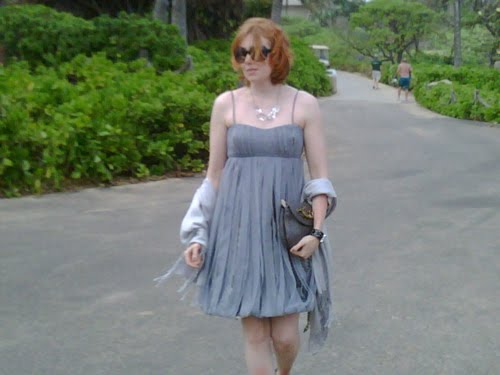 The necklace is kind of reminiscent of the $700 Michael Kors Rhodium Bead Necklace from his S/S 2010 collection…just better. (And cheaper.) 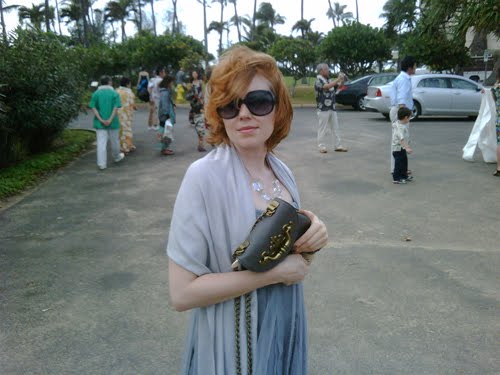 Anyway, after a long drive back to the hotel, I got ready to leave, and am now sitting in the airport about to board the redeye flight to New York City in order to cover Mercedes-Benz Fashion Week.

I’m super-nervous about the plane breaking apart in midair and being engulfed in flames (or being knocked unconscious by a wayward headrest), so if that happens, I told ya so! 😉

See you on the other side (of the country) ~