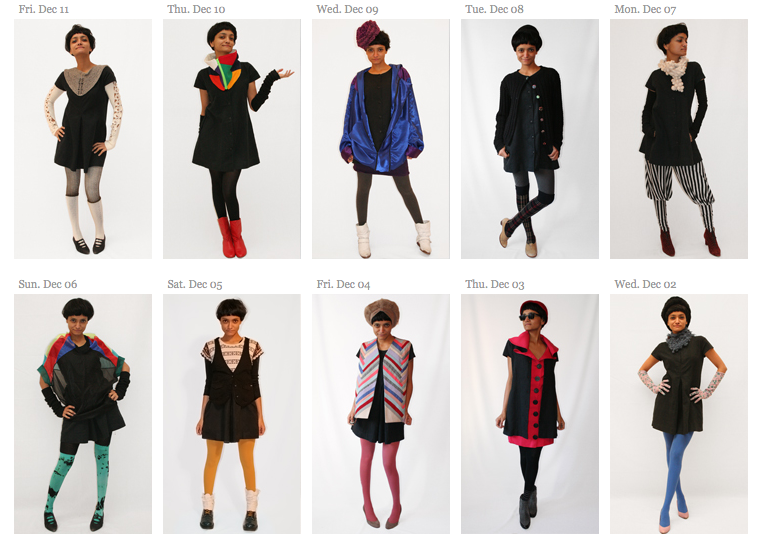 If you’re like me, the thought of wearing the same garment 2 days in a row feels…like a cop-out almost, or the epitome of anti-style.

But blogger Sheena Matheiken has taken the concept of wearing the same piece repeatedly, (daily, in fact) and styling it so differently each time so that it looks like a completely different outfit.

And it’s not just a self-congratulatory style experiment either – The Uniform Project was conceived as a year-long fundraiser for the Akanksha Foundation, a grassroots movement that is revolutionizing education in India. Since its inception in 1990, the Foundation has worked to bring education to the poorest children in India – allocating as much money on each child’s schooling as the Indian government spends on the priveleged children. All contributions from the Uniform Project will go toward funding the new Akanksha schools that are opening in Mumbai and Pune – and the Project has already raised $47,000: enough for 130 children to attend school.

Beginning in May 2009 (alright, so I’m a little behind on this) – Sheena has worn the same dress every single day (but it can be worn back-to-front and with the buttons unbuttoned for a little variety), uploading a daily outfit photo. (Well, technically she has 7 dresses that she rotates, but all are exactly the same.) She has styled the piece with various accessories and “accoutrements;” the majority of which are be vintage, hand-made, or hand-me-down goodies (or donations from designers wanting to have their piece featured on the site).

Sheena writes “I was raised and schooled in India where uniforms were a mandate in most public schools. Despite the imposed conformity, kids always found a way to bend the rules and flaunt a little personality. Boys rolled up their sleeves, wore over-sized swatches, and hiked up their pants to show off their high-tops. Girls obsessed over bangles, bindis and bad hairdos. Peaking through the sea of uniforms were the idiosyncrasies of teen style and individual flare. I now want to put the same rules to test again, only this time I’m trading in the catholic school fervor for an eBay addiction and relocating the school walls to this wonderful place called the internet.” And it’s an exercise in sustainable fashion, officially endorsed by the eBay GreenTeam!

I came across this site earlier and fell in love with Sheena’s eclectic style – she borrows elements from so many different cultures and trends it’s difficult to pin her down – so every day is a new surprise! 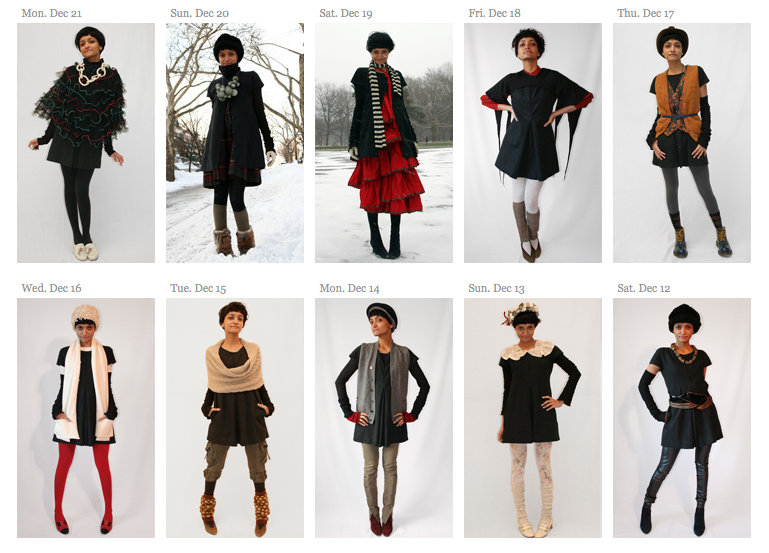 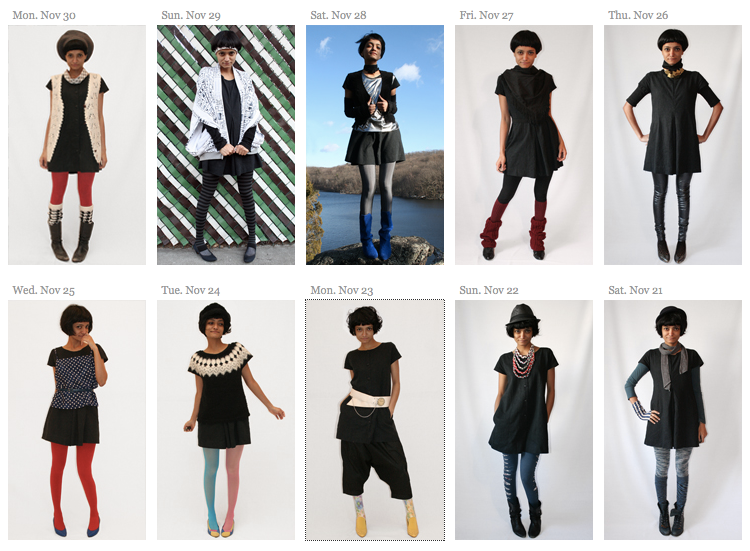 You can sign up for the mailing list to find out when the dress, made by the blogger’s friend Eliza Starbuck, will be available for purchase.

Watch the video below to find out more, and add the Uniform Project to your bookmarks to get a daily dose of style inspiration.
http://vimeo.com/moogaloop.swf?clip_id=7046484&server=vimeo.com&show_title=1&show_byline=1&show_portrait=0&color=&fullscreen=1